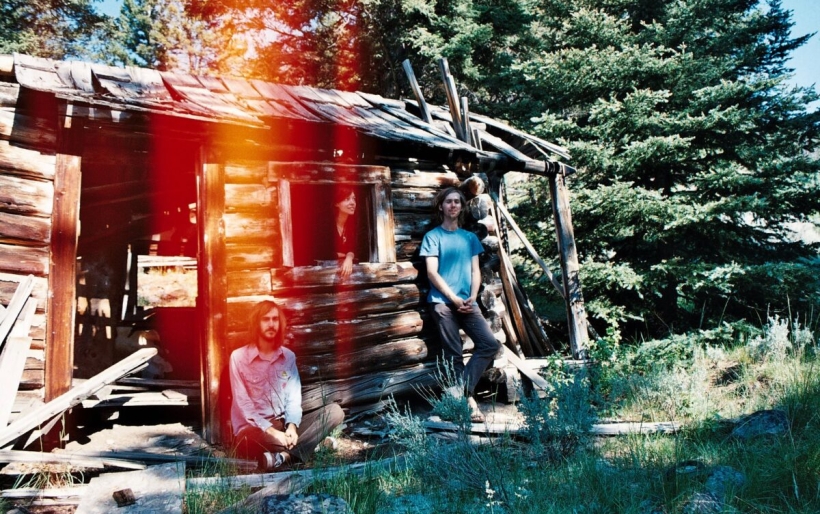 Even though Quilt, the three-piece outfit consisting of Shane Butler, Anna Rochinski, and John Andrews, is based out of Boston, it feels very natural to have them record this session here in Philadelphia. The group seems so musically informed by the particular psych-tinged folk rock sound that has made our city and musicians like the Espers, Kurt Vile, and Bardo Pond great and fantastical. Call it that “psychedelphia” sound, call it “new weird Americana,” I don’t care what you call (personally, those last two descriptions make me cringe), but you continue to hear it as an undercurrent in present day Philadelphia and throughout the East Coast, like here with our woven friends.

But where many bands follow the acid-tripped, freaked-out psychedelic jam path to creative Valhalla, Quilt conducts a musical séance to spiritually channel their ‘60s West Coast brethren like early Jefferson Airplane to paint sonic canvasses of brightness and warmth. Gosh, I feel like I’m looking through a freaking kaleidoscope pointed at a troupe of interpretive dancers frolicking in a sunshine-bathed glade right now. Sorry, I zoned out there for a second, but really, how does this band exist in the present decade? The only answer I can conjure up is that they exist because they can and because we need them to. Let Quilt envelope you in their sounds and harmonies built of light.

Quilt stopped by the WXPN Performance Studio on January 16th, 2013, the day after their concert in Philadelphia at Kung Fu Necktie. They return to be a part of the 2013 Northern Liberties Winter Music Festival at The Fire on Saturday, February 16th. See you there.