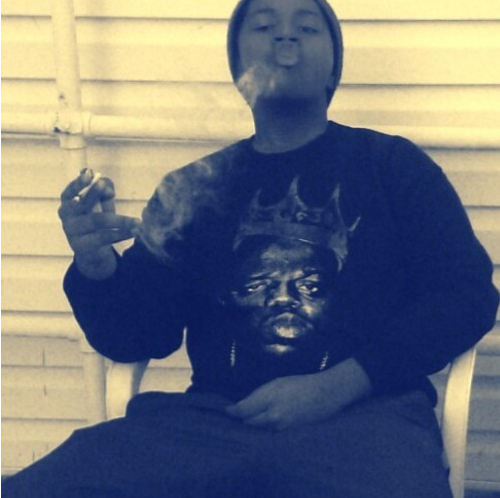 This is a sweet slice of new Philly hip-hop that’s been cranked in our headphones a lot this week. “We’re not trying to bring the 90s back,” wrote Donny Bravo when he emailed this track my way on Monday. “We’re not trying to bite anyone else’s style. … We’re just here to make ill music and along the way enlighten some people on some of the workings of the world.” Which, “Spirits” is a jam, but you can hear why he feels the need to clarify. The funky MF Doom beat Bravo raps over does lend the song traces of that old De La Soul / Erik B & Rakim flavor; the early tip of what folks eventually called, for better or worse, “conscious hiphop.” (So, like, what does that mean? 2 Pac and Dr. Dre were unconscious? Weird terminology, people. But I digress.) Just because it’s got that vibe, though, doesn’t automatically pigeonhole the music, and Bravo gives “Spirit” his own lift and spin through a distinctive cadence and delivery, which is punchy and rapid-fire. The track is the lead single from Donny Bravo’s Bravado mixtape, which he’s looking to release by early May with his (very new) rap crew called iLLumination. Download it below.