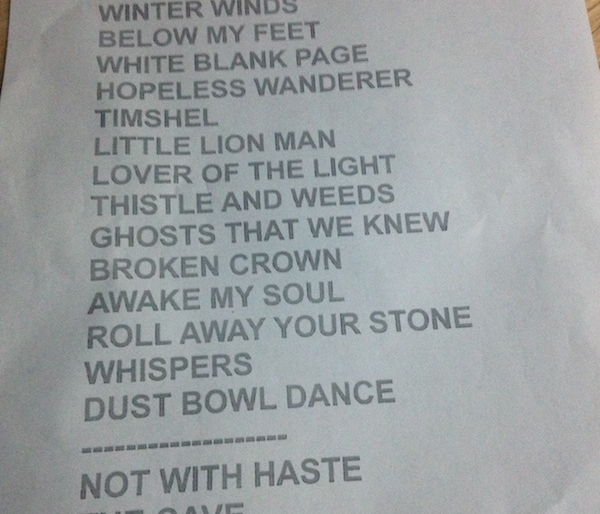 Last night Mumford & Sons wrapped up their second sold out show at the Susquehanna Bank Center with a live broadcast on WXPN. Check out our review, photos and set list from the Saturday night show here. Last night, the band performed another excellent, transcendent set. Both nights the band opened with “Babel,” and encored with a version of Bruce Springsteen’s “Atlantic City.” While most of the sets both nights shared the same songs, second night concert goers got “Brown Crown,” and “Awake My Soul,” while first night attendees got to hear “Holland Road,” and “For Those Below.” Both nights, Ben Howard and Haim open the show. Haim were pleasantly confident and fun and played a cover of “Oh Well,” a classic older Fleetwood Mac tune along with their new song “Falling,” and “Forever,” from the band’s debut EP. Below, watch some videos of the performances from YouTube user tyrant2525