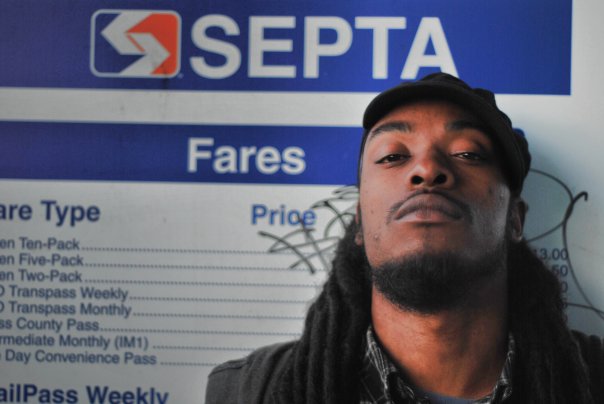 Philly rapper Curly Castro had a great lyric on his 2011 debut: “This is for the heavy-handed, the heavy readers / Not those elitists, just truth seekers.” It kind of sums up the outlook of an emcee who doesn’t shy away from artistic curveballs. On Castro’s latest offering, Fidel – out this week on Man Bites Dog Records – he mixes satire and parable to convey his lyrical concerns about racial and social injustice, while structuring the release in a highly personal sequence. His last album, Winston’s Appeal, was more of a direct first-person narrative; this one is an allegory, arranged in a way that Castro says is meant to mirror the arc of The Autobiography of Malcom X.

We’ll dig into Fidel this week on Unlocked, The Key’s regular series spotlighting new and significant releases from Philadelphia area-artists. Tomorrow, I’ll review the album. Later in the week, we’ll have a video and an interview. Today, it’s a free download of the track “Coal,” a track with a loungey, David Lynch soundtrack vibe that’s basically Castro’s hard-hitting nursery rhyme. “I grew up the opposite,” he explains on the first verse. “Didn’t grow up Cosby.” Download the track below, and check back all week for more on Castro and Fidel in Unlocked.