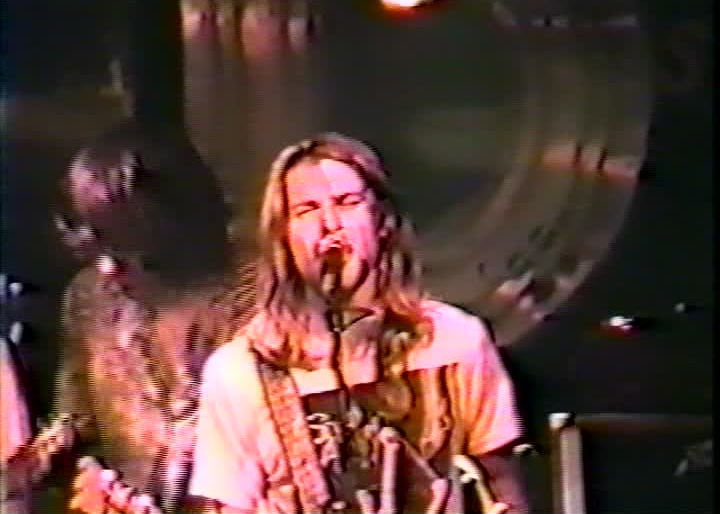 Today would have been the 46th birthday of Nirvana frontman (and unwitting grunge-era iconoclast) Kurt Cobain. To mark the occasion, we dug into the archives of the Internet to find this video of Nirvana’s first-ever Philadelphia appearance in its entirety. Filmed on a VHS camcorder at J.C. Dobbs on July 12, 1989, this captures the Bleach-era four-piece configuration of Nirvana, with Chad Channing on drums and Jason Everman on guitar.

The 56-minute set includes most songs from their debut (minus “Swap Meet”) as well as early gems that were never widely released until that With The Lights Out box set came out a few years back. (Be sure to listen for “Blandest” and “Spank Thru“). There’s also an early doubletime punk version of “Polly“, some big hair, a lot of unironic headbanging and a window to a special moment in rock history, not just for Philly, but globally. Happy birthday, Kurt – you continue to burn bright.