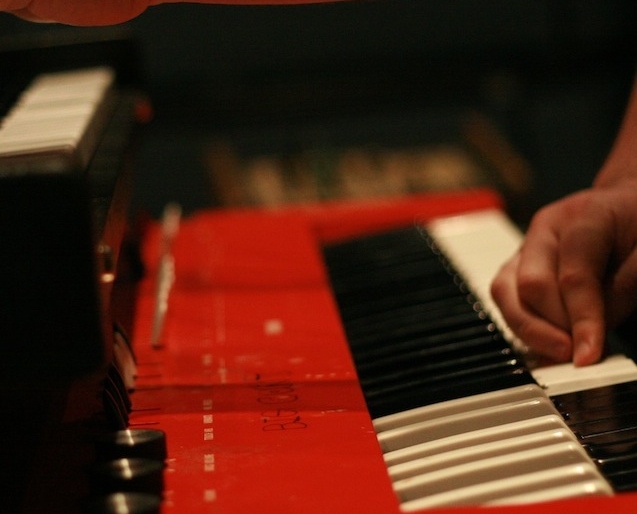 The Key Studio Sessions: St. James and the Apostles

Philly garage rock trio St. James and the Apostles have a big sound for just three guys. You can attribute some of that to Mike Kiker on keyboards, who plays Ray Manzerek style, juggling both bass lines and higher-end lead parts. Certainly Jeff Castner’s thundering drums are another component, as well as frontman Jamie Mahon, whose voice bellows and guitar rips. The guys were in our studio this weekend to record a session of tracks from across their discography – traditional closer “St. James Infirmary Blues” can be found on their 2012 LP Baphomet, while “Gimmie Some” and “Siobahn” can be found on some of the band’s early live releases. “Friend In Jesus,” from what I can tell, is a new one, and with its take on redemption and the rock and roll lifestyle, it neatly sums up the Apostles’ perspective. They’re part Doors, part Supergrass, part spiritual. Dig in, listen and download below, and catch the band live at Johnny Brenda‘s this Friday when they open for Adam and Dave’s Bloodline.