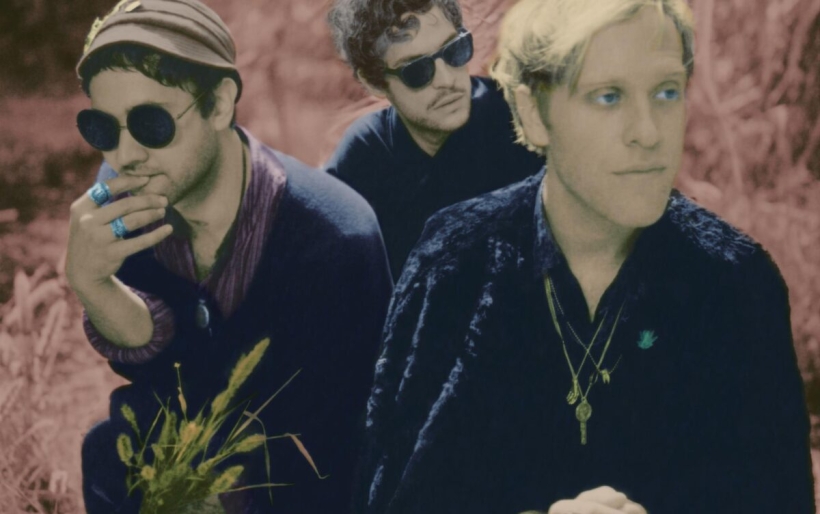 Every musician could learn a thing or two from Portland’s Unknown Mortal Orchestra. The hazy, psyched-out sixties-inspired group is in the middle of its world tour for ll, the follow-up to its 2011 self-titled record, and dates are rapidly selling out in most major cities.

“I think with the first album people thought it was cool but I wasn’t being completely honest or open,” Ruban Nielson, front man and co-founder, starts out. “The lyrics were pretty cryptic. On this record, I went more in the other direction. I feel like that’s been connecting with people.”

He’s in San Francisco and it’s the first night of the North American leg after only touching American soil about a week ago. Which brings us to our first lesson: Touring and Balance.

“I want to keep doing this and not crap out or burn out, but I also don’t want to wake up and feel like, damn, this is just a job… I should’ve known better in the first place, but [it’s easy] to get carried away. It is my job to make music. For awhile, it seemed like the job was just to go out and the music was just a justification for that.”

At one point, a past point, while Nielson and his co-founder/guitarist Jake Portrait were on the road, they each had this introverted feeling that they were going to die, and they both just accepted that. They didn’t know the feeling was mutual until after the fact.

“I just couldn’t keep doing what I was doing, that formula. On a day-to-day basis, not really being myself or behaving the way I would behave when my better judgement is in control,” Nielson recalls.

It must be hard to deal with the almost instantaneous level of interest fans, bloggers and labels have with the group. When Nielson took a track he’d been working on in his basement recording studio and shared it with a few music writers who he’d worked with during his stint with New Zealand’s The Mint Chicks, he didn’t expect the song to go viral in less than a week. He didn’t expect to get calls from labels a few days later, asking to come to Portland to see the band play. At the time he didn’t even have a band to back him. He didn’t have a name. When he shared “Ffunny Ffrends” through a Bandcamp site, he hadn’t even credited himself for it, he put it out anonymously.

When everything happens so quickly it’s hard to stay on your toes. And with that, lesson two: Finding A Mentor.

“One of the only people I know who can really tell me anything about that was Neil Finn,” who’s the singer of Crowded House and a fellow Kiwi.

“He made himself accessible and was in a pretty similar position when he left New Zealand and started making music over seas. He was really good in a vague sort of way. I’d ask him, ‘is this supposed to be like that?’ and he’d say, ‘Of course not. If you don’t like what someone’s doing, fire them.’”

And that’s sound advice. If something doesn’t feel right, stop doing it. If a business relationship isn’t working, go forward and find a new one. And that’s what Nielson did.

“[Neil] told me what a manager should do, and now we’re working with Tom [Wironen], who’s been amazing. For a while, I was thinking I would just manage myself but it was Neil’s advice that put me in the right tracks.”

But even further than management, or overexertion, or model roles, or pouring your honest self into your songs, the the third and final lesson any musician can learn from UMO, is this: Have Fun.

If you’re not having fun anymore, stop.

“[Making music] is only a dream job if it’s really fun,” says Neilson. “Even all of these things, in a way, going through all of the problems, even with thinking I was going to die, well if you can get out of there and dodge the bullet of wandering down a shitty part, it still feels fun. And I’ll quit if it stops being fun.”

Unknown Mortal Orchestra performs with Foxygen and Wampire at The First Unitarian Church, 2125 Chestnut Street, on Friday, March 1. Tickets and information on the all-ages show can be found here.