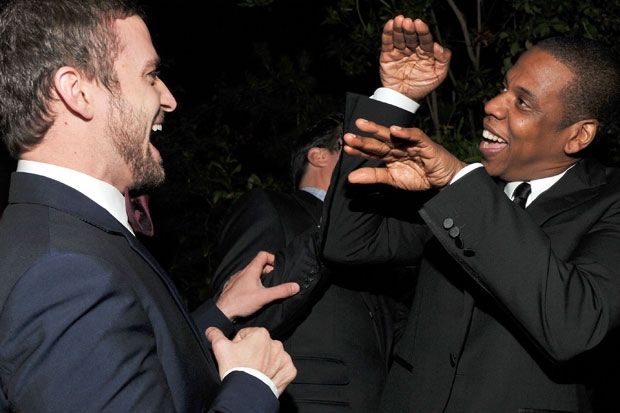 This summer Justin Timberlake and Jay-Z want to rock with you (coming to Hershey 8/4, Philly 8/13)

With all the summer tour announcements this week catering to the indie rock crowd – which, those are exciting, no doubt – here’s a reason for fans of aughties pop music to start freaking out. Justin Timberlake and Jay-Z announced a co-headlining summer tour that brings them to the Hershey Stadium on August 4th and Citizens Bank Park on August 13th. Tickets go on sale next Thursday, February 28th, at 10 a.m.

The two artists recent collaborated on “Suit & Tie,” a Prince-vibing disco banger from JT’s forthcoming release The 20/20 Experience, out in March. Jay-Z’s been pretty busy himself, given the successful Made In America Festival from last summer, and the Watch The Throne album from the summer previous. He reportedly has an album in the works for this year as well. In addition to that, both artists have the distinction of having performed with Philadelphia’s Legendary Roots Crew. (I think that’s their official name, right?) After the jump, watch Jay-Z’s entire MTV Unplugged concert from 2001, when The Roots were his backing band, and JT’s “History of Rap” appearance on Late Night with Jimmy Fallon, where The Roots work as the house band.