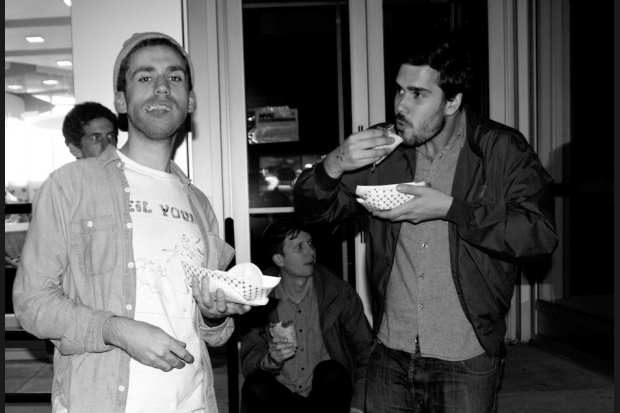 If you missed Parquet Courts‘ appearance at the Making Time Valentime’s Day Party the last week don’t fret!  The indie punk outfit have a announced more dates including a show at PhilaMOCA on Saturday, May 4th with Scott & Charlene’s Wedding, Household and Amanda X.  The Brooklyn band self-released their full-length debut Light Up Gold last summer and the effort backed up the incredible amount of buzz around the band so well that it led to a record deal with What’s Your Rupture? and a wide-release last month.  Tickets and information for the all-ages show are available here.  Watch Parquet Courts play “Borrowed Time” at Death by Audio below.