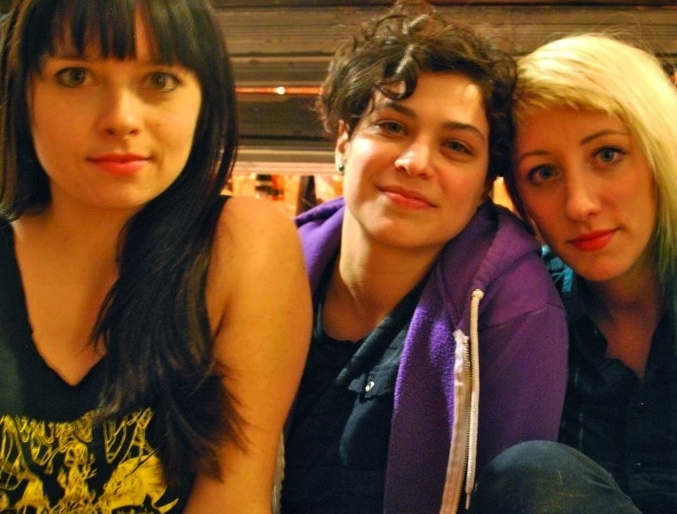 Congrats to Philly indie-punk three-piece Cayetana on signing with Tiny Engines Records. Formed last year by longtime punk scene sisters Kelly Olsen, Allegra Anka and Augusta Koch, the band kicks out minimal and poppy fuzz-rocker tunes, kind of in the vein of Helium, Velocity Girl or – for more recent parallels – Dum Dum Girls and Grass Widow. The label announced the new deal today, with some emphatic gushing care of The Menzingers’ Tom May:

These three ladies came together about a year ago, which also happens to be when they started playing their instruments. This has let them develop a chemistry that takes other bands years to achieve, if at all. They’ve jumped head first with their clothes on into the pool at the raging party that is the Philadelphia punk scene. Their self-released demo/e.p. is quite the piece of ear candy. The contemplative and sometimes poignant lyrics delivered in a sincere and oft-urgent croon are perfectly complimented with a locked-in rhythm section comprising of melodious bass lines and driven, hoppy work on the skins. You can expect to hear a lot more from Cayetana in the coming months.

The band is currently recording new material for an LP release on Tiny Engines this summer. In the meantime, you can listen to its 2012 demo below, grab a pay-what-you-wish download here and see them Friday night at Waxahatchee’s album release show at Golden Tea House with Swearin’ and Radiator Hospital, capping off an already insanely stacked lineup.