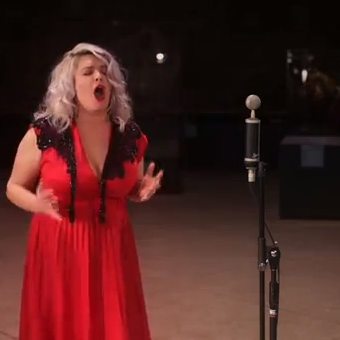 Philly roots scene vocal powerhouse Ali Wadsworth recently performed a soul-stirring new song, “Still Not Over You,” inside the echoey, stone-wall confines of The University of Pennsylvania Museum of Archeology and Anthropology. Aside from a few crypts of mummies that have been dead for eons, Wadsworth’s crowd was local videographer Mike Gallagher, who captured her performance with guitar accompanist Joe Bisirri in illuminating HD. The song was written by fellow Philadelphian Adrien Reju for the new album Wadsworth is recording with local producer Bill Moriarty at Waking Studios (other folks who wrote songs for the album include Sean Hoots of Hoots and Hellmouth and Chris Kasper). Check the video out in the player below.