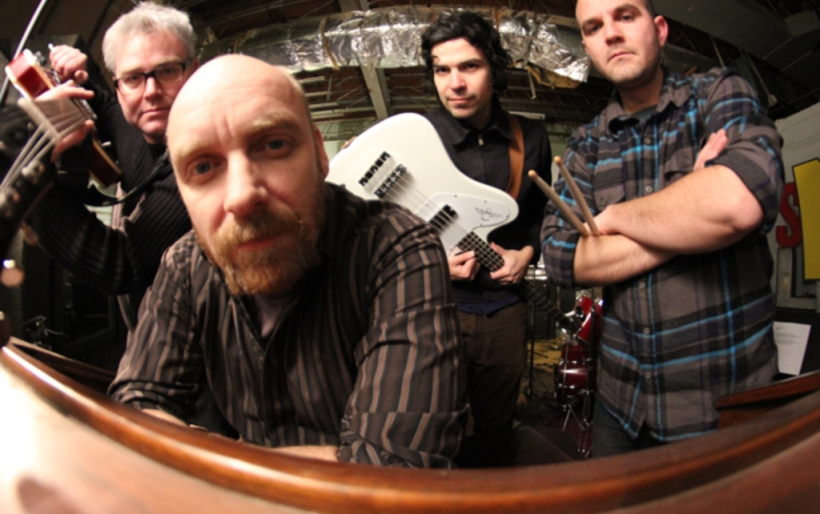 Deathfix, a collaboration between industry veterans Brendan Canty (Fugazi) and Richard Morel (Morel, Blowoff) released their debut self-titled LP last month on Dischord Records.  Rising out of the deeply rooted DC punk scene, Deathfix has abandoned its primary members’ backgrounds in the hard-hitting arena of Canty’s past bands and the label’s history, opting for a more new-wavey, polished sound on the full-length’s seven tracks.  There are still moments of punk though, like the heavy guitars on lead track “Better Than Bad” or the raw percussion on “Mind Control,” but the edges have been tempered by catchy pop melodies and jaunts into funk (“Dali’s House”) and prog (“Transmission”).  Deathfix plays Johnny Brenda’s on March 15th alongside Dubpixel with Robin Bell and Wigwams.  Tickets and information for the 21+ show can be found here.  Stream “Transmission” below.