Here’s something you don’t always hear about South by Southwest – it’s unnatural. Like, the amount of live music concentrated in a relatively contained space for its four days and change would engulf even the peak of the aughties New York scene. It’s beyond saturated; the Philly showcase at Club 1808, for example, was one of three simultaneous shows at the venue. Off of the back porch, a grindcore lineup was raging away, while a third stage was getting started in the back of their back lawn (with a BBQ in the middle, of course). “This is Austin, we have to use every square foot of space for music,” the sound engineer joked to me. “There’s a killer lineup going on in my bathroom right now.”

Cheekiness aside, and sensory overload aside, it makes for some unusual, unexpected and oddly enjoyable juxtapositions of music that you might not experience elsewhere. Here’s a quick rundown of a whirlwind night out, following the path I traced on Thursday the 14th. 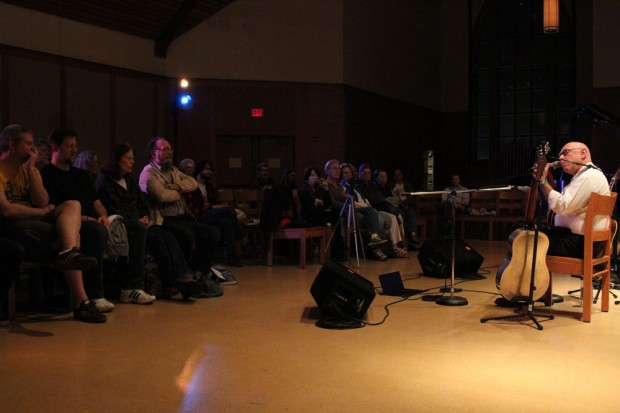 In a church hall with serene acoustics, Harry Taussig – a self-taught folk guitarist whose 1965 LP Fate Is Only Once is a cult favorite record among new primitive guitar aficionados – gave his first-ever public performance, alternating between banjo, twelve-string acoustic, lap steel and warm and convivial storytelling. This kicked off the showcase from Tompkins Square Records, for whom Taussig released his first record in 47 years. “It’s a wonderful thing when what’s inside a guitar can surprise you,” he told the crowd. 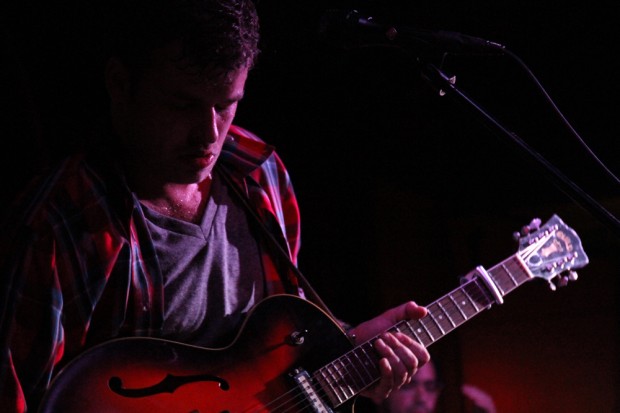 Winston Yellen kinda looks like Matt Damon and kinda sounds like Jeff Buckley, and the live band he assembled for his Night Beds project has a knack for moving arrangements – even when technical difficulties get in their way. During their performance on the Secretly Canadian / Dead Oceans / Jagjaguwar Records showcase, a bum keyboard cable made abrasive, booming noises when jostled, kinda sounding like a dubstep bass drop (not appropriate for haunting desert folk). After sparring with the sound engineer, they got the setup right, and wrapped their set with a whisper, then a wallop. Impressive. 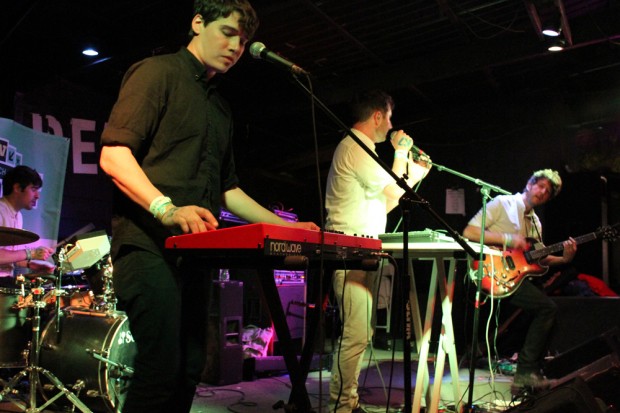 Same showcase, different stage, way different sound. This label / collective is also home to Philly electro/opiate pop outfit Sun Airway, and when I walked in on a set by the new Brooklyn band Small Black (signed to Jagjaguwar), I immediately felt they had a similar vibe – lots and lots of echo, supple keyboard jams. What made these guys pop was a fierce and locked-in disco drum-bass groove. Underneath the haze, their inner New Order was dancing away. 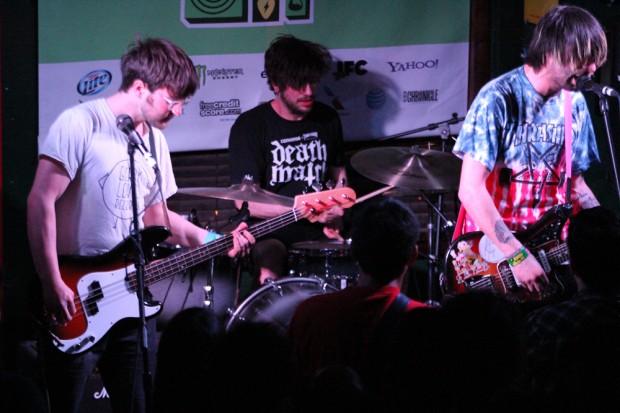 Up the street for the Kanine / Fatcat Records showcase, Scotland power trio Paws did the raucous, slamming, hair-flopped-in-the-face thing, and did it well. Short, fast, loud, energetic, and grateful to their label. “Without them, we probably wouldn’t be allowed in your f’in country.” 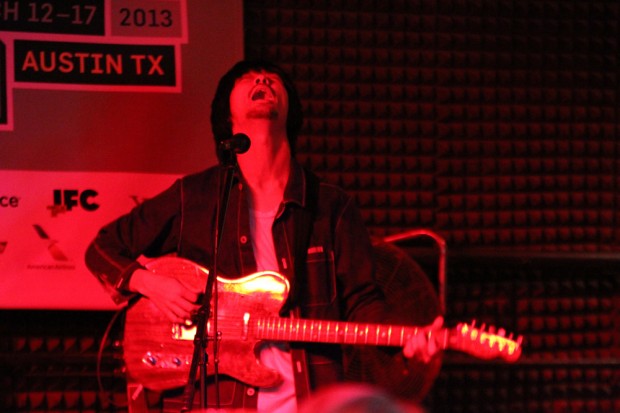 Tokyo’s Shugo Tokumaru took what seemed like an eternity to set up for his spot on the Polyvinyl Records showcase – which I wandered into on the basis of digging the label. As he worked out technical minutae with his three-piece band, I began to wonder if the payoff would be worth it – but he was damn good, mixing twee pop flavor (including a snappy cover of Nena’s “99 Luftbaloons”) with ubercomplex guitar shreddery on par with Dirty Projectors’ David Longstreth. 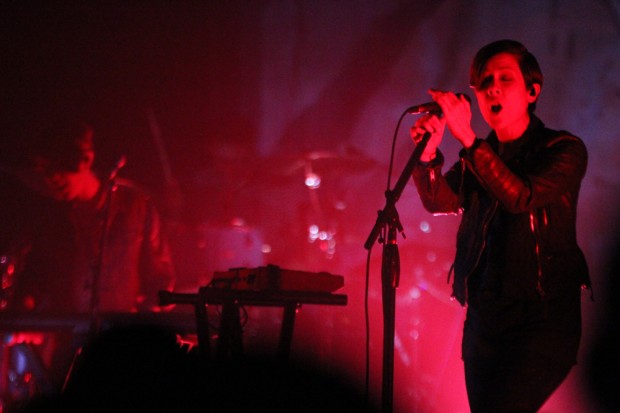 After a brief stop for taco refueling, I caught the final SXSW showcase by revered sister duo Tegan and Sara. I’ve always referred to their music as folk-pop because of its alt-rock accessibility, but material from their new Heartthrob is pop-pop; synthesizers and big beats and earworm refrains. Basically it sounds like they spent a lot of time with Robyn’s Body Talk trilogy while recording. Which is fine by me, it fits well with their sound, it channels an inner itch they clearly had. And even though “Now I’m All Messed Up” had an unfortunate Wilson Phillips feel, the bulk of the new material translated just fine for the majority of the show, and even the re-arrangements of their back catalogue are cool and tasteful. For example: there’s no longer any banjo in “Living Room,” and with it’s synthesizer background and vibrato-guitar lead, it sounds like a Cure song. Nice.