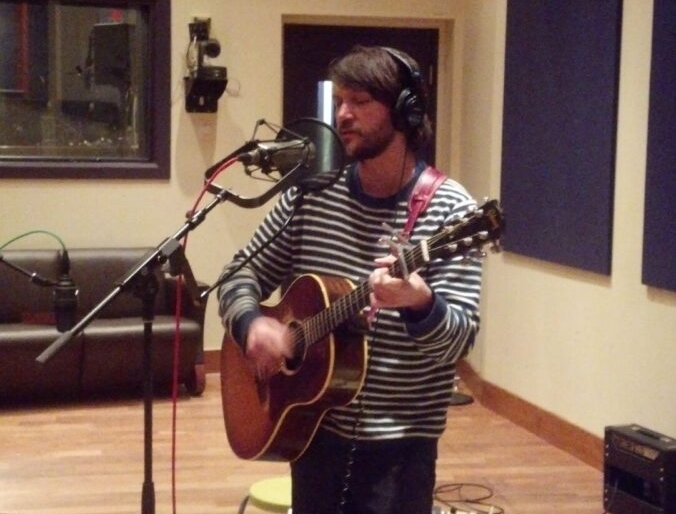 This is a special one for us here at Folkadelphia; it’s an honor to present this week’s Folkadelphia Session featuring one of my musical heroes, Tim Kasher. You may know Tim as the frontman for Cursive, the long-running seminal and wildly diverse sounding group, The Good Life, Kasher’s bleary-eyed, solo side project often turned full-band main focus, or perhaps as a figure and fixture of Omaha, NE’s Saddle Creek Records, which brought bands like Bright Eyes, Rilo Kiley, and Azure Ray to national recognition. Over the years, Kasher has continued to amaze and impress with his artful turns of phrase and his evolution as a songwriter in each project.

A quick look at Cursive, for instance, sees a change from the jittery guitar rock of Such Blinding Stars For Starving Eyes (1997) and The Storms of Early Summer: Semantics of Song(1998) to the hugely thematic Domestica(2000) to the fleshed-out orchestration in The Ugly Organ (2003)and Happy Hollow (2006). These were both followed up by some of the most unique and progressive rock in recent years in their latest two releases (both criminally overlooked) Mama, I’m Swollen(2009) and I Am Gemini (2012). This is to say nothing of his other long-running project, The Good Life, and its evolution and frequent changes (solo to electro-acoustic to full band, oh my!)

The main take away is that Kasher has stuck to his guns and his whiskey bottle, and has waved off transient trends and popular opinion in favor of pursuing his own musical ideals. In the past couple years, this has been presented to us as a full-length (The Game of Monogamy) and outtakes record (Bigamy…), released eponymously, the first such as named for the man, Tim Kasher.

I want to thank Tim and his traveling companion and opening act Nate Kinsella (of Birthmark) for stopping by WXPN on March 13th before performing at Johnny Brenda’s on this short tour and heading back to the studio to record a new solo record.