Listen to Plow United’s Marching Band on Brooklyn Vegan, watch their “Human 2000” video, see them thrash The Barbary on Saturday

Man, that was a rush. I just got back to the radio station from recording a Key Studio Session with Plow United; we were on location at the gorgeous new Studio A space in South Philadelphia. The band is sounding loud, tight and tremendous, knocking out three songs from their forthcoming Marching Band and a Siouxie and the Banshees cover in just about 12 minutes. The new material is great – if you grew up listening to Plow, like many punk rock loving folks in the Delaware Valley did, you’ll feel instantly transported a V.F.W. hall off of Paoli Pike in the late 90s.

The band is in the van as we type, heading up I-95 to appear on the Chris Gethard Show in New York tonight (check out the webcast tonight at 8). They’re going to sound great on there, and they’re going to sound great at The Barbary this Saturday — and we advise you to head over to Brooklyn Vegan right now and listen to their stream of Marching Band in its entirety. Standouts include, obviously, the two singles we’ve heard already – “Falling, Deeply” and “Human 2000” (watch a video for that one below), but also “Cui Bono?” (the “we do” coda kinda sorta maybe reminds me of the Stonecutters song from The Simpsons), “The War is Over and Our Side Won,” “Get Low” (some great co-ed vocal counterpoints on that one) and, hell, the whole dang thing.

Crank it. Watch the video below. Get information on Saturday’s show at The Barbary here. Keep an eye out for audio and video from the session when we release it in a couple months – right around Plow’s next round of east coast shows. And, for a delightful bonus, look after the jump for an illustration of today’s studio session by Studio A production assistant Pema. 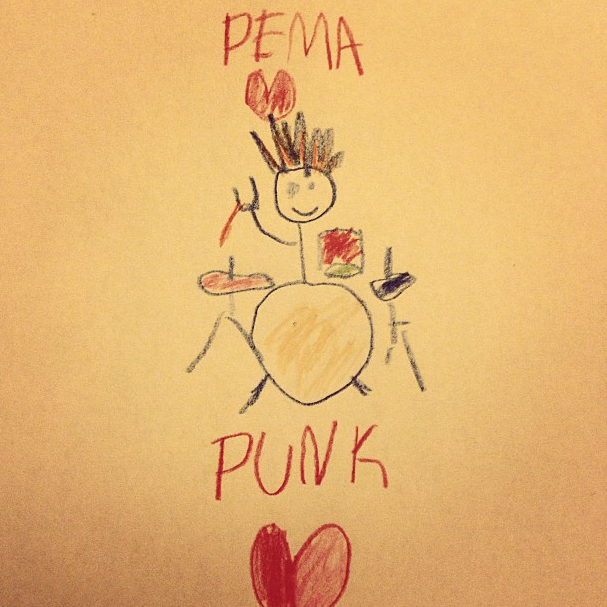