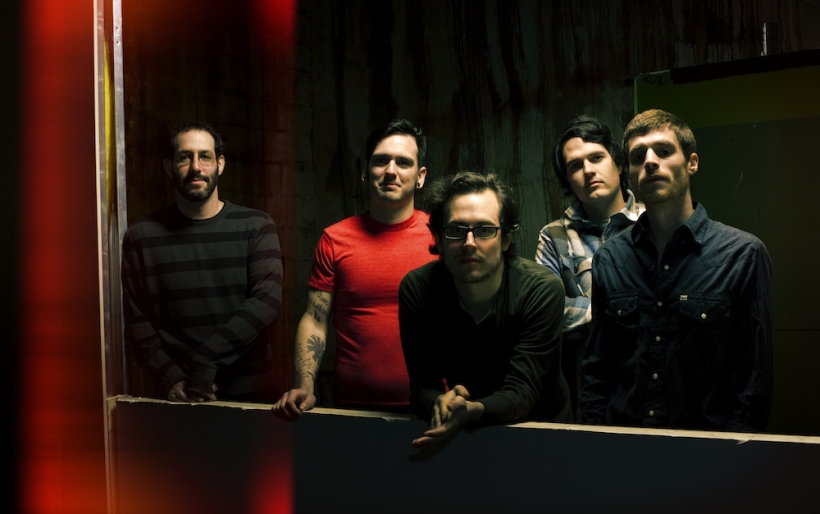 Philly punk band Restorations prides itself on a certain type of simplicity.

The band was formed out of the ashes of not just one failed project, but probably about half a dozen across its five members. Vocalist Jon Loudon, guitarists Dave Klyman, bassist Dan Zimmerman, drummer Carlin Brown and guitar/keys player Ben Pierce came together with the simple goal to restore their faith in music, the industry, consumers and fans.

They make albums with straightforward titles, including 2011’s self-titled LP, last year’s A/B 7-inch, and now, tomorrow’s release of LP2. But the music made by Restorations is anything but simple. The band mixes the energy of punk music with the complexity of shoegaze and the tradition of classic rock. Steady build-ups and loud break-downs take any listener through waves of instrumental and emotional highs and lows. Loudon’s deep, scratchy vocals and growls come in at just the right moment to rattle you to the core. Harmonies and guitar parts layer in ways you would have never thought possible.

Despite initial humble intentions, Restorations is blowing up among mature punk listeners, and even beyond the punk world. All this week, The Key will look into LP2 to find out what all the buzz is about as part of our weekly Unlocked series.

Today, you can download “Kind of Comfort” for free, which highlights Restorations’ inclination toward snarly guitar solos and spacey effects. Several of the album’s tracks have also been digitally pre-released to build the hype for tomorrow and Friday’s album release show at the First Unitarian Church. And check back later in the week for a review, video, interview and more.