Unlocked: The Key's review of LP2 by Restorations - WXPN 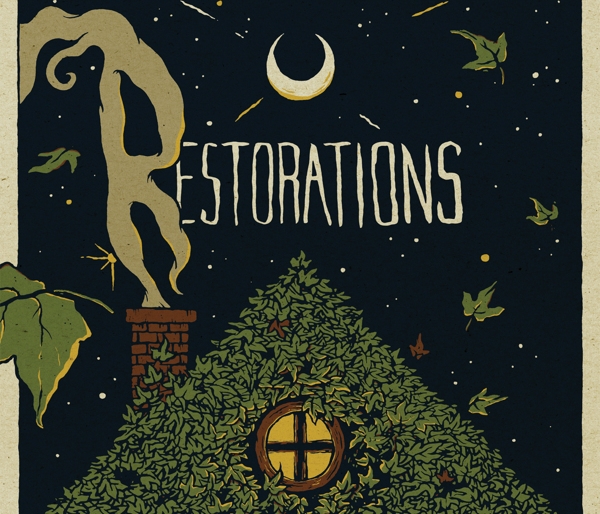 Unlocked: The Key’s review of LP2 by Restorations

You can’t do a Restorations album justice listening to it just one way. When you hear one of the Philly punk band’s sprawling songs for the first time, it rushes over you like a waterfall, seeps into your ears, muddles every single one of your senses, and most likely leaves you breathless.

This band’s ability to generate a wall of sound is what made the generation of “grown-up” punks gravitate toward Restorations, building their reputation after the release of their self-titled LP in 2011. But close listeners of any Restorations song will pick up on more than just the overview, the surface. They’ll hold on to a subtle but notable guitar lick, a slamming bass note or a simple, poignant lyric that in turn gets stuck in your head for days.

This week’s release of LP2 will not disappoint long-time fans. The sophomore full-length not only crashes over the heads of listeners, but sweeps you away into the sea of complexity, maturity and the band’s full-blown ability to rock. They’re brand is much different from the fuzz rock phenomenon of today. The crispness and thoughtfulness behind each layer and effect are heightened under the direction of producer Jon Low, who mixed self-titled and produced Restorations’ last two 7-inch records. These also aren’t the loud-and-fast, two-minute bursts that often characterize a “punk song.” They’re sometimes slow and steady, with hills and valleys that still lead you somewhere very, very loud by then end.

The band does embrace a faster, heavier and less subdued sound on LP2 compared to past releases that hits you straight off the bat with the opening track, “D.” It’s hard not to imagine a captivated audience slowly bobbing their heads when that triumphant solo guitar blasts into their ears, and then going crazy when the drums and bass finally kick in. The album’s second track, “Let’s Blow Up The Sun,” is an early release hold-out and should prove spectacular to hear live (especially when the band plays it at the First Unitarian Church this Friday), with an irregular beat and dissonance in the chords.

Heaviness and advanced production does not leave LP2 without nuance. There’s “The Plan” and its folky lean, and “Kind of Comfort” with guitars and harmonies buoyant enough for your ears to swim in. Lyrical and instrumental narratives are both present and shine through the ups and downs of “New Old,” and we physically follow the band on the road in Gainesville, Lansing, Charlotte and Montreal in “Quit.”

The nearly six-minute end track “Adventure Tortoise,” (with its two-and-a-half minute instrumental opening) is expectedly the most epic. It reads like an abstract story of short fiction when frontman Jon Loudon sings of a journey to a place “where nobody knows your name, where nobody’s heard of your town.”

Restorations has been compared to a variety of tastemakers and contemporaries – from Goo Goo Dolls and Gaslight Anthem to Bad Religion and Brand New. The scope of these comparisons shows there’s been something about this band that critical listeners could never quite put their finger on or pin down. LP2 is a sign we should all stop trying.

No track on this album is a skip-through or a cast off. Restorations was able to show growth in their sound while staying true to their roots and unique qualities. It’s a refreshing, reassuring thing to see, even after the band’s first stroll with major label SideOneDummy. This band should be happy with the record they produced. And if you’re a fan of loud, straight-forward and emotional rock music, LP2 will make you happy, too.

LP2 is the featured album in this week’s edition of Unlocked. Download “Kind of Comfort,” the album’s highlighted single, in yesterday’s post, and check back tomorrow for its video and an interview with the band later in the week.