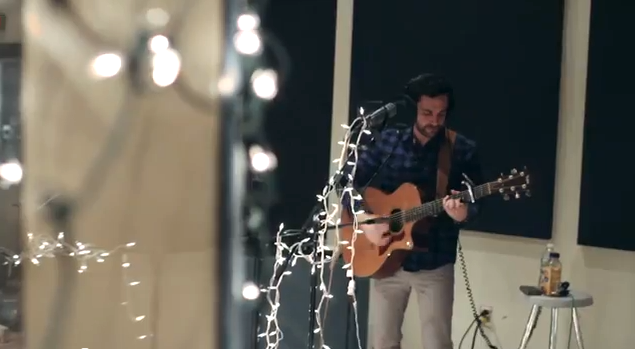 Modern Inventors impressed a broad cross-section of the Philly music scene last year. They naturally had the pedigree to win over the singer-songwriter crowd – singer-guitarist Matt Kass’ old band The Brakes was a known name, after all. But their soulful harmonies drew in listeners from the pop realm, and their skill as players and songwriters attracted indie rock ears. Not too long after a sold-out show at Johnny Brenda’s celebrating the release of Trains and Aeroplanes in December, the band found itself in our studio performing a set of mostly unreleased new songs. The excellent, rambling rhythms of “Goodbye, Northbrook Drive” were the only familiar sounds we heard – they instead took the opportunity to lay down some new cuts that show their sound reaching even broader. “Old Habits,” filmed by the folks at Out of Town Films, is a mellow smash of 70s proportions. “This Sign” is a snappy, country-fied Wilco-style number, while “The Deep End” has a sytlish and expressive Jeff Buckley thing going on. And set-closer “Selfish Generation” would play well on present day pop radio. Download and listen to it all below, and keep an ear out for more from the Inventors this spring.