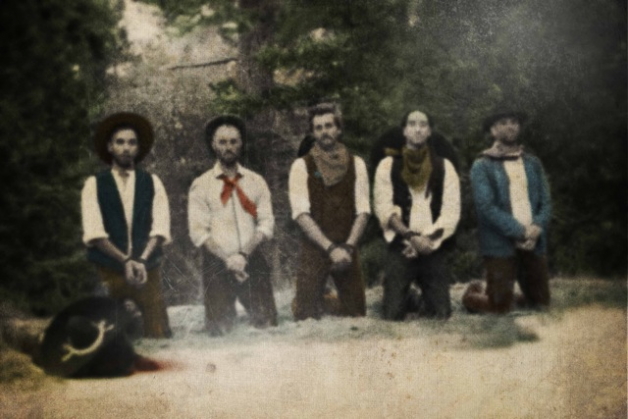 Part Kon-Tiki, part Treasure Island, the new video for Lord Huron‘s “Lonesome Dreams” (premiered by NPR’s All Songs Considered) further explores the alternate universe frontman Ben Schneider has built around his moniker.  This alternate universe orbits the works of fictitious author George Ranger Johnson, an adventure novelist conjured up by Schneider and on whose Odyssean books the songs of Lonesome Dreams were “based.”

According to Schneider, the storyline of the new video is inspired by “the first installment of George Ranger Johnson’s adventure series of the same name. It chronicles Huron’s first encounter with Admiral Blaquefut and the beginning of their epic journey and friendship. We tried our damnedest to capture the themes and the spirit of the novel.”  But this isn’t the first time we’re meeting protagonist Lord Huron – we ran through a desert with him last summer in the video for “Time to Run.”

Lord Huron will join Tom Petty, The Lumineers, Jim James and more at the Firefly Music Festival presented by WXPN on June 21-23 in Dover, DE.  Tickets and information can be found here.  Watch the video for “Lonesome Dreams” below.