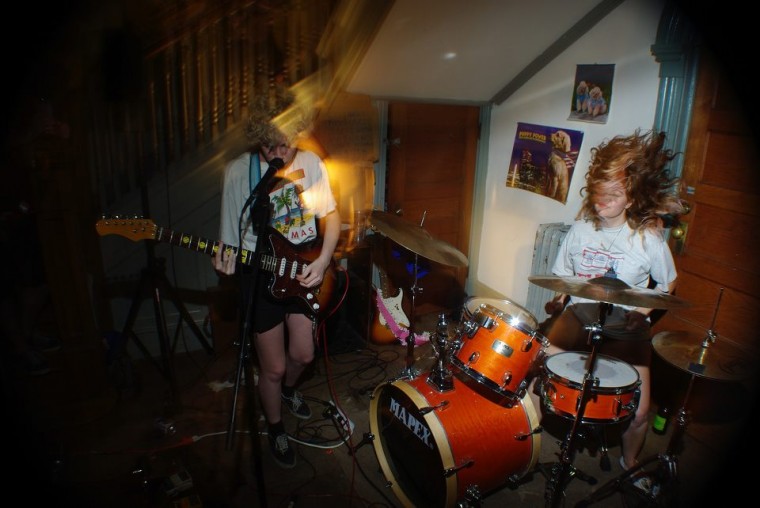 Slutever picked up by Jade Tree Records; releasing 1994 7″ on May 21 (preorders available now)

This couldn’t be more perfect. Philly brat punks Slutever just announced that their long-awaited new 7″ is being released this spring by the venerable Delaware hardcore label Jade Tree Records. Known for its work in the late 90s indie and emo world (The Promise Ring, Jets to Brazil) as well as aughties punk (Paint it Black, Fucked Up), the label’s pedigree has always been loud, passionate and stridently DIY. Which fits Slutever to a tee. The Kyle “Slick” Johnson-produced 7″ is for the song “1994” – which, if you’ve seen the duo perform in the last year or so, you know that the nearly six-minute cut smokes. The folks at Jade tree have this to say:

In 1994, underground music was dirty, stained with self-loathing and doubt. Losers ruled and the dirge of the Northwest had crept into the mainstream. It was an era that made a mark on a generation and inspired two young girls to pursue an unforgiving future in punk rock. But with a taste for underground comix, junk food and all things low brow, Philadelphia’s Slutever owe as much to Beavis and Butthead as they do to Kurt and Courtney.

The 1994 7″ is available for pre-order now via Jade Tree’s website; it will be out digitally on April 16th and will be in stores on May 21st. Crank your speakers and stream it below.