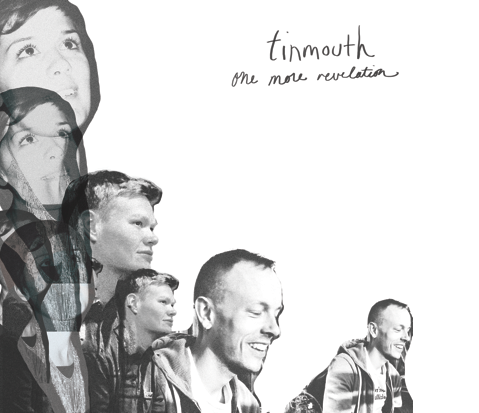 Tinmouth’s rock/blues inspired EP has arrived today, accompanying a small release show this evening, and an official release at a later date. If I were pressed to make a distinction, or a comparison to another band in order to give an idea of what the new EP sounds like, it definitely has a Black Keys vibe. Not as heavy in terms of the Black Key’s blistering guitar, but attributes of the honest, soulful sound are reminiscent. Simultaneously, Tinmouth has elements completely uncharacteristic of blues-rock.

To be bold, Tinmouth’s EP sounds like emo/blues, which is unorthodox. Blues, like emo, is sad, melancholy, and the two in theory could be best friends, but it is odd to think about considering the modern emo and blues bands. But it works with Tinmouth. They have the Black Key style, but at times they warp into a sort of Sunny Day Real Estate aesthetic, which, again, is unorthodox, but it works.

Other times the style is fun and upbeat. Overall, the EP One More Revelation is an eclectic display of musical talent and fusion of genres. As mentioned before they will be playing two shows to celebrate the inception of their new EP. The first one, this evening, will be a smaller, intimate show at The Dive Bar on Passyunk Ave.; the Facebook event page can be found here. The second show, Tinmouth’s official record release show, will be on 5/4 at The Balcony bar at The Trocadero.

Below, check out “withered on the vine” off Tinmouth’s new EP One More Revelation.