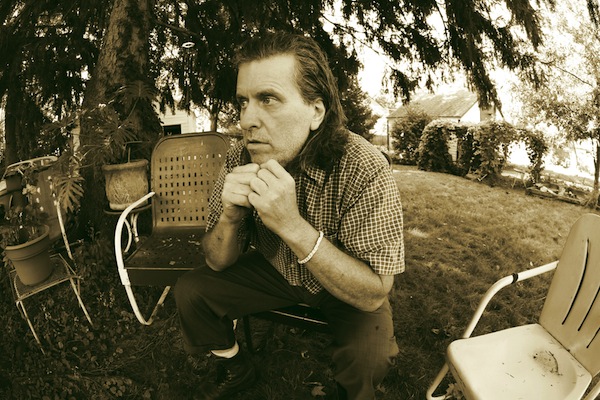 It’s been eight years since singer-songwriter Mark Mulcahy, once the front man for the incredible Eighties college radio darlings Miracle Legion, has released a new album. Miracle Legion’s 1984 six song independent release, The Backyard, remains a timeless classic of jangly college radio rock that drew comparisons to R.E.M. Subsequent album releases on indie and major labels led the band down a road of some success (MTV loved them!) yet legal problems set in and the band broke up in 1996 after they self-released its final record.

Mulcahy’s new album, Dear Mark J. Mulcahy, I Love You, is being released on June 18th. According to this article in Rolling Stone:

The new album marks a reemergence of sorts for the singer, who had been working on new material when he put his career on hold to care for his two young daughters following the unexpected death of his wife in 2008. (Friends and admirers such as Thom Yorke, Michael Stipe, the Pixies’ Frank Black, Dinosaur Jr. and the National contributed to a 2009 fundraiser tribute album for him, Ciao My Shining Star: The Songs of Mark Mulcahy.)

Below, listen to a new song, “She Makes The World Turns Backwards,” and be sure you treat yourself to the beauty that is the title song to “The Backyard.” Mark Mulcahy plays Johnny Brenda’s on June 26th. Go here for tickets and more information.