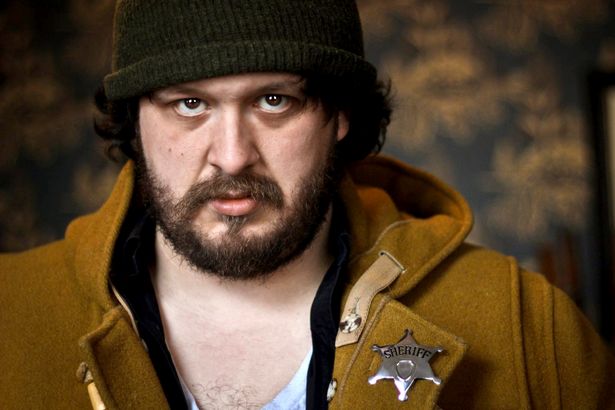 We’ve continued to keep tabs on local expatriate Brian Christinzio since he moved to the United Kingdom a year and a half ago. In the past six or so months, his ongoing pop-rock project B.C. Camplight announced initial details about its first album in five years (read here), and premiered two songs from it in a studio session on BBC Radio 6 (download here).

Last week Christinzio was profiled by the Manchester Evening News in advance of a club gig at The Deaf Institute (a venue that, reportedly, is the Mancs’ equivalent of Johnny Brenda’s) and he was forthcoming about the “dark place” he found himself in towards the end of his Philly stay – “everything was going downhill for me; physically, emotionally, everything was deteriorating… I knew I’d most likely be dead or in jail if I stayed there. I needed a fresh start, so I packed my bag and moved to Manchester.” From the article:

Christinzio, on today’s form, looks like he couldn’t be happier. Not long after moving into his flat on Oxford Road in 2011, Christinzio says he began “writing furiously…all these songs poured out. It’s a cliché to say it, but it did feel very cathartic.”

Awash with the beautiful tenor vocals, sumptuous pop melodies and opulent production that have previously earned him comparisons with Brian Wilson and Todd Rundgren, Christinzio’s new single Thieves In Antigua – released on April 22, with an album to follow in Autumn – makes it abundantly clear that his most recent life gamble has happily paid off: and he’s eager to share those musical riches.

Read the article here. Below, get a taste of the new era of B.C. Camplight in a performance of “Grim Cinema” for Manchester Scenewipe. And, amid the ups and downs he speaks of, Christinzio remains close with Philadelphia scene friends – including the Summer Fiction gang, who are enroute to the UK as we speak to record their new album with Christinzio.