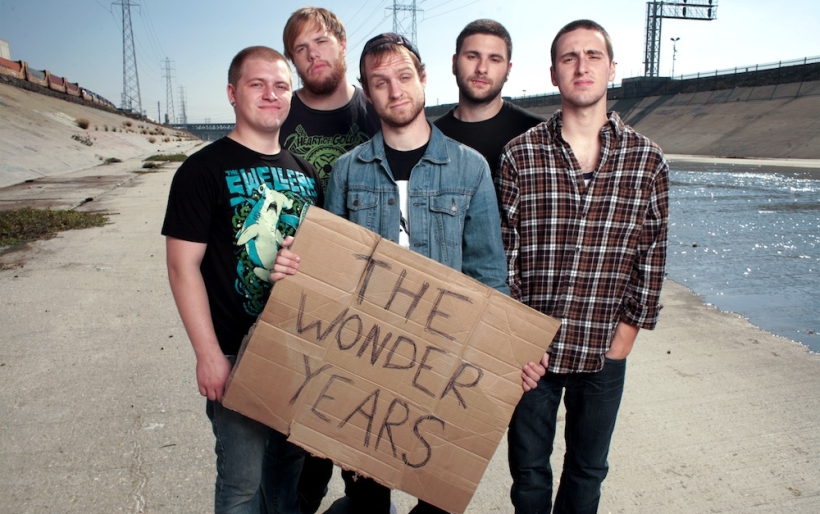 Big-name Philly pop-punk five-piece The Wonder Years announced a Pop Up Shop festival of sorts to debut The Greatest Generation – their fourth studio album due out on May 14th through Hopeless Records. Curated by the band and Glamour Kills Clothing, it will be a literal shop opening on 307 Market Street for fans – or simply passers by in the neighborhood – to be treated to acoustic sets by the band and their friends, as well as food, signings, movies, and merch that The Wonder Year’s tumblr says, “will never be produced again.” So that’s awesome. Shop hours are from 2 to 6:30 p.m., and the event hours are from 7:30 to 11 p.m. Fuel for fun.

In addition to the band’s mercantile plans, tracks from the new album have begun to surface. Today at Alternative Press, a new cut called “Dismantling Summer” premiered. You can check it out here, and watch a lyric video for “Passing Through A Screen Door” below.