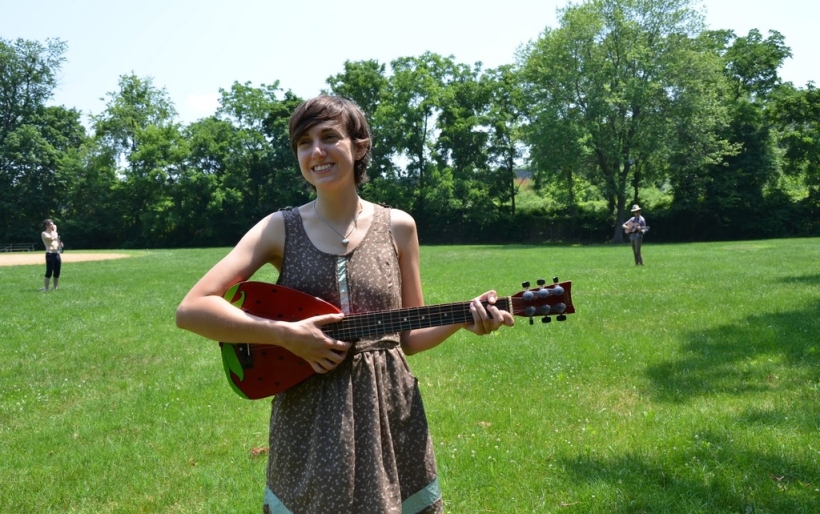 Liz and the Lost Boys is a Philly-based act I was happy to make the acquaintance of this week after their slot opening for William Tyler at Ortlieb’s Lounge on Sunday. The project of Philly songwriter Liz Ciavolino has been around since 2009 dabbling in various breezy, exploratory sounds led by ethereal harp, folksy guitar and jazzy keys and vocals. Their debut EP All My Charm and Grace was a breathtaker, and since its late 2011 release, the project has expanded into a four-piece band configuration. It just wrapped up recording a full-length record with Arc in Round’s Jeff Zeigler at Uniform Recording, and will play its album release at MilkBoy on June 14th. (It also just recorded a Key Studio Session, which you’ll hear in a couple weeks.) Today, the band released the first single from the album called “Escape.” The wandering, whimsical song can be streamed below, or downloaded for free at Liz and the Lost Boys’ Bandcamp page.