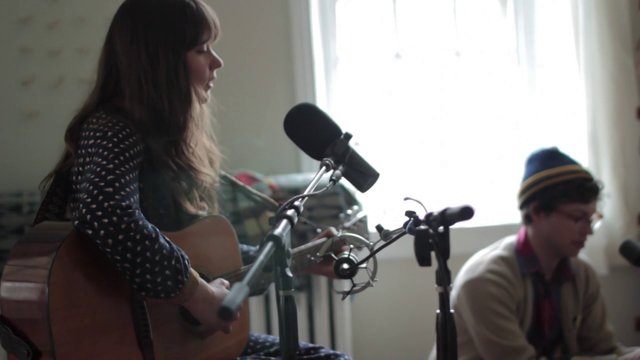 By now, there are a few places you might know Philly singer-songwriter Gretchen Lohse from. Perhaps you caught her at WXPN’s Live from Kelly Writer’s House, or maybe you saw her play Folkadelphia’s Tuesday Tune-Out. Maybe you tuned in for her Key Studio Session, recorded with Thomas Hughes of The Spinto Band, or watched her Random Tea Session online. Maybe you know her from fronting the band Yellow Humphrey; performing with National Eye and Summer Fiction; or from the solo album she’s been easing out into the world.

Whichever it is, Lohse is a very active songwriter and longtime fixture in the Philly music world, whether as a backing player / behind-the-scenes type, or the person at center stage with the 60s folk melodies and the haunting voice. This week she appeared on the new On the Hill video session series from Kettle Pot Tracks studio in Lafayette Hill. She performed two songs – “Role of Rabbits” got its first public airing and it sounds great, as does “All Around the River,” which appeared on her Key Session. Watch the videos below, and see Lohse live at Ortlieb’s Lounge on May 4th.