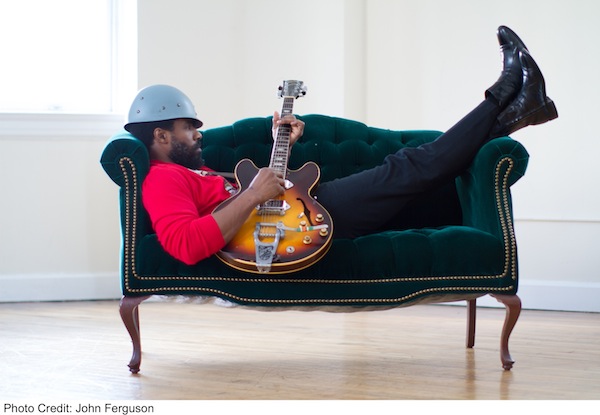 In 2002, R&B musician Cody ChestnuTT released his debut album The Headphone Masterpiece. A decade later, ChestnuTT returned with his new album Landing On a Hundred. The new album has a full sound and maintains the heartfelt aura of the previous album. Landing On a Hundred has a groovy tempo, and the guitar tone and atmosphere of the songs conjure up feelings of a 70s’ aesthetic, all the while having a modern take.

ChestnuTT stopped by World Cafe in January to record three new songs, “Love Is More Than A Wedding Day,” and “Everybody’s Brother;” a third song, “Under The Spell Of The Handout” can be streamed below. The studio session can be found here. ChestnuTT is as sultry as ever with his new album, and he will be coming to Philadelphia to play World Cafe Live on June 15th. Go here for tickets and information. Below, watch a video of ChestnuTT play his song “Under The Spell Of The Handout” in a behind the scenes studio session while he was working on Landing On a Hundred.