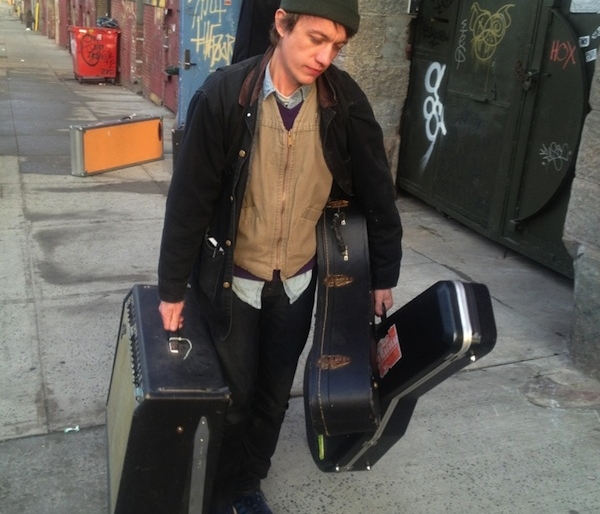 Listen to a new song by Steve Gunn, “Water Wheel” (opening for Kurt Vile at Union Transfer on May 18)

New York based guitarist and songwriter Steve Gunn releases his new album, Time Off, on June 18th on Bachelor Of Paradise records. He’ll be touring this summer opening for Kurt Vile, and playing in Kurt’s band, the Violators. Gunn, who was raised in Philly (Lansdowne), cites Jack Rose and the Grateful Dead as several of his influences is an extraordinary guitarist who draws on a a variety of musical styles and plays at Union Transfer on Saturday, May 18. Go here for tickets and more information about the show. Listen to a new song, “Water Wheel,” from Gunn’s forthcoming album here. Go here to pre-order the record in all formats. Below, listen to a beautiful mix that Gunn put together for The Liminal music web site including songs by Bob Dylan, Sandy Bull, Bobby Charles, Jim Sullivan and Fleetwood Mac.