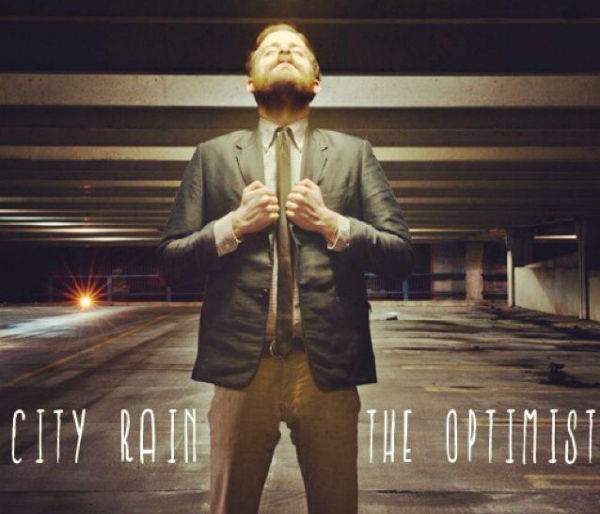 With their new single “The Optimist” due out for download later this month, Philly electro-pop project City Rain premiered the song today on the blog Sunset in the Rearview, where not only was the new music showcased, but the background behind the song is shared. From the blog:

“The Optimist” tells the classic tale of personal tragedy leading to spiritual triumph. After losing the love of his life, losing two of his close friends, and struggling with unemployment in an unforgiving recession, Runyan met Scott Cumpstone, a fellow Temple University graduate and working musician. … In the band’s own words, “While every man has the capability to create his or her own personal hell, there is inversely their capability to manifest redemption. ‘The Optimist’ is the story of the way back.” As this song begins, it immediately thrusts you into a realm of ferocious positivity and daring realism behind synths that build stadiums and tear them down in a single powerful wave. It is music that makes you feel things and see paint splashing against a blank canvas.

Listen to “The Optimist” below, and look for a special low-key release appearance at North Star Bar‘s Victorian Dining Room series on Memorial Day. The full album is due out in the fall.