What do you think of Black Flag's first new music in 28 years? (playing Union Transfer 6/17) - WXPN 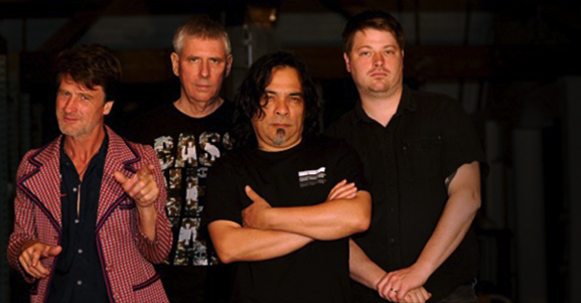 What do you think of Black Flag’s first new music in 28 years? (playing Union Transfer 6/17)

Having released their last record in 1985, Black Flag – whose Greg Ginn-led reunited lineup plays Union Transfer on June 20 – unveiled their first music in 28 years with two new songs this week. First came “Down in the Dirt,” a single in exchange for an email address. Then there’s the newest song, “The Chase,” which features a super low-rent music video and lyrics that are massively vague. Given how young these guys were when they rose to fame, we have to wonder what the original Black Flag fans think of all this recent activity. Check out “The Chase” video below, and let us know your reaction in the comments. Black Flag plays Union Transfer on June 17.