Non-COMM Recap: Attitude is everything when Free Energy hits the stage - WXPN | Vinyl At Heart 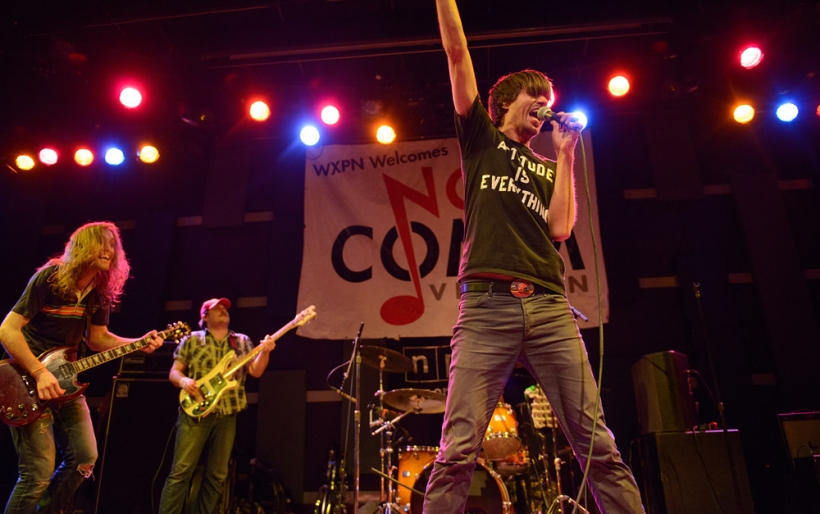 Non-COMM Recap: Attitude is everything when Free Energy hits the stage

Philly pop-rock five-piece Free Energy took the stage at maybe not the most opportune moment during Non-COMM. The Lone Bellow had just wrapped up a tremendous set upstairs, and much of the industry crowd was still smoozing with that band; others had skipped the festival entirely to catch their flight home. So to put it politely, there was plenty of room to dance in World Cafe Live’s downstairs when they opened their set with “Electric Fever.” But true to the slogan on his t-shirt, attitude was everything to frontman Paul Sprangers, and he rocked the crowd of about 75 like it was an arena of 7,500. The band’s trademark boisterous performance raged out into the hall and up the stairs, beckoning Non-COMMers inside. And as the band played on, the room filled up nicely. Listen to the audio from the set here (via the WXPN media player).