Tomorrow brings the official release of the album the internet has been eagerly anticipating since a 16-second ad aired without fanfare during a March episode of SNL. Random Access Memories, the latest from French discotronic duo Daft Punk, has been streaming on iTunes since last Wednesday, and its lead single – the pop earworm “Get Lucky,” sung by the ever-charismatic Pharrell – has been bumping the XPN airwaves since last month.

But what about the album beyond that? There’s a lot of hype and excitement in the air for it, but hype doesn’t always equate to quality. Sure, the duo of Guy-Manuel de Homem-Christo and Thomas Bangalter released the trend-setting 1997 album Homework and the irresistible Discovery in 2001. And yeah, James Murphy name-checked them in that song title that one time. But less discussed is the uneven 2005 effort Human After All, or the Tron soundtrack.

Does Random Access Memories hold up? Is it a new chapter in dance music and a return to glory for these mysteriously helmet-clad techno-heads? Or is it a bunch of bluster that will breeze away with the next album-of-the-minute? We asked a handful of Philly’s own electronic music heads – from Chris Powell of Spaceship Aloha and Man Man to DJ Apt One– for their thoughts on Random Access Memories, and got a variety of responses. Check them out below. 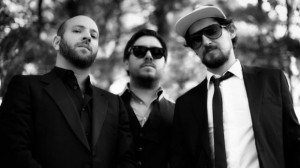 Drew Kramer, Les Professionnels: So we sat around and listened to Daft Punk’s Random Access Memories like 4 times while drinking two pots of coffee.We couldn’t agree on anything except for the fact that the coffee was amazing but here’s our gut reactions…
Dan: “It’s pretty amazing and then there is Pharrell.”
Drew: “This is a great live album from a group who has already mastered sampling.”
Chris: “I think I heard this track at the end of a Dawson’s Creek episode or when I was casually browsing Boscovs.”
Allthough this is not the album we we were expecting, we are excited and curious to see how it will be received by the masses and what effect, if any, it will have on the current state of electronic music. 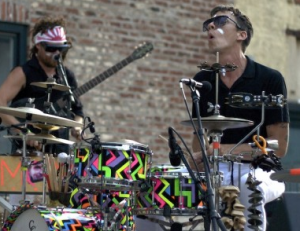 Chris Powell, Spaceship Aloha / Man Man: “Doin’ It Right” is a rad track and the only other memorable one for me along with the single “Get Lucky.” “Doin’ It Right” has been on repeat here all night.
The rest? Hmmmmmm…..
WAY too much noodling throughout. Drum solo? No thanks. Yikes!
Not feeling the acoustic drum sounds on it at all. Some of the other synths and production stuff sound great though!
The Steely Dan-sounding track was a nice surprise.
I really appreciate what they’re going for though I think it could have been presented less as a Daft Punk record and more of a ‘Daft Punk presents’ or some ish.
Maybe it’s just all the hype around it that put an uneasy pressure on it totally delivering.
I like the band’s previous records a lot. This one just didn’t sit right overall for me on first listen.
Oh well! Hoping that the new Arrested Development season makes it all better! 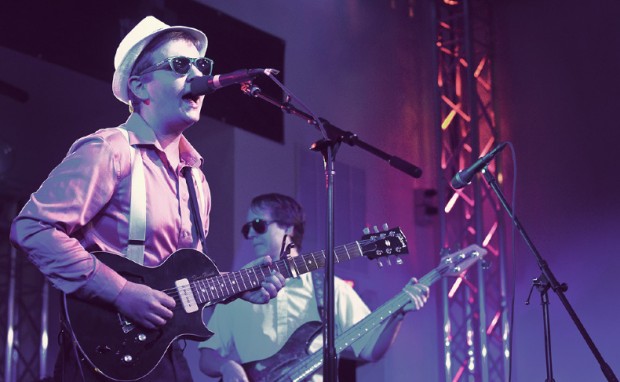 Thomas Crystal, Work Drugs: We can definitely hear some of the AM Gold tendencies on the record – what with the Paul Williams cut – “Touch”, and “The Game of Love.” Giorgio did what he does best, and I’m happy to see that it wasn’t too much of a departure from his classic songwriting and production work. All of the Nile Rodgers tracks are great – and its so cool that Daft Punk unabashedly went after their influences. The fact is, these guys are the current tastemakers, and they are tapping a lot of old hats as an homage/ tribute or whatever you want to call it, I’m all for it. If there is a chance that groove-based music can slip back into the mainstream, I’m all for it. If anybody can do it, its gotta be Daft Punk. DJ Dave P: I’m not very into it. Especially with all the hype and excessive promo around it. Also…they couldn’t be more wrong in their opinions of dance music and electronic music at the moment. I like the Panda Bear track though.

Ben Runyan, City Rain: A complete snoozefest bordering on easy-listening lets up with a gem of a Daft Punk tune in “Doin’ It Right.” This album feels more like an ambient B-Side album ala Moby than a full throttle effort from the French. They are surviving on legend alone.

DJ Apt One: I am pretty sympathetic to the philosophy behind this album – the idea of bringing craftsmanship back to dance music in the digital age.  I have been trying to work instrumentation back into digitally produced music for a few years now.  I think it’s good that they are using their pulpit to express their ideas about music and it’s a relief that they didn’t try to deliver Discovery 2.0, which is what most people wanted. However, I’m not sure this record doesn’t come off as self-indulgent or simply contrary. Time is going to dictate that.

Obviously, a guy like me who will put on Gregg Diamond Bionic Boogie (look it up) in his spare time is not going to complain when somebody makes a jazz-disco-funk record that will get radio play in 2013.  I think there are some really good tunes on there (“Lose Yourself to Dance”, “Instant Crush”), but there are also some really schmaltzy tunes on there that really show their French-ness (jangly disco cabaret anybody?).  Also, the production sensibility is kind of boring – lots of plodding drums and uninspired instrumentation.
I honestly think that these guys got a bit out of their depth by trying to produce a fully instrumental record – you can hear what this could have been on the tracks with Nile Rodgers and Giorgio Moroder – when there is a really seasoned old-school producer/composer and some ridiculous musicians in the room this thing really works.  When you’re listening to five minutes of AM Gold with no drum fills, it’s shaky – half of the value in that school of music was the virtuosity of the musicians, and these guys don’t have the chops.

Bonus Material: when that sixteen-second snipped aired back in March, Apt One got super hype and tried to imagine / predict what the finished song would sound like. Listen to his crystal ball take on “Get Lucky” below.