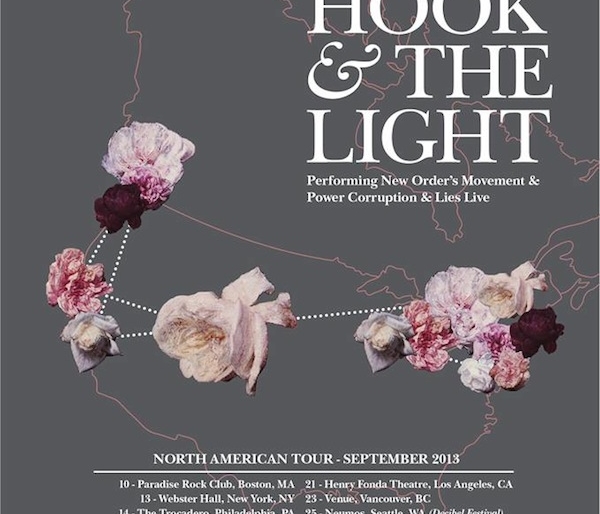 Peter Hook & The Light to play New Order songs in September, after New Order plays them in July

Will the real New Order please stand up.

Peter Hook, the bassist from New Order and Joy Division won’t be out on tour with New Order this summer when they play The Mann in July, but Hook and his band The Light will be playing New Order songs at the Trocadero on Saturday, September 14th. In fact, Hook will be playing two New Order classic albums, Movement, and Power, Corruption, & Lies in their entirety. Tickets are on sale now here.

There’s bitter blood between New Order’s lead singer Bernard Sumner and Hook, who co-founded Joy Division together which begat New Order. With a history of personal and business disagreements between them, the animosity increased after New Order decided to reform in 2011 without Hook’s knowledge. In this Billboard.com interview from January of this year, Hook offers his side of the story, in which he positions the three remaining members of New Order squarely against him. Sumner, lead singer of New Order, responded with his side of the story on Spinner.com several days after Hook’s Billboard interview. Ultimately, its a musical battle that will be determined by the fans. Can you hear Power, Corruption, & Lies not being sung by Bernie? Yeah, neither can we. But then again, we heard Hook’s show in December 2010 at Voyeur was fantastic.