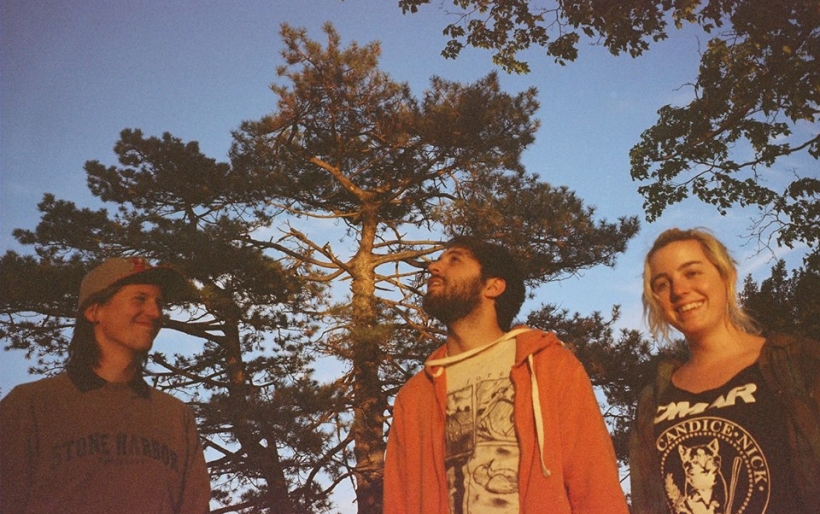 Listen / Download: “Walking” from NONA’s Through the Head (playing the First Unitarian Church on 6/21)

Coming out of the suburbs of Philadelphia, NONA are a pop / punk trio formed by former Spraynard drummer Pat Ware, guitarist / vocalist Mimi Gallagher and bassist / vocalist Michael Haller.  The local band has drawn comparisons to The Replacements (for their honest and personal lyrics) and the Smashing Pumpkins (for their larger-than-life riffs) and turned in a killer opening set at Plow United’s reunion / release show earlier this year.  With stories anchored in the experiences of suburban life, NONA is like that little voice inside your head that sticks with you through all the changes, disappointment and confusion.

With their debut Through the Head being released in June via Mandible Records, NONA announced they will put the full LP up on their Bandcamp  tomorrowas a name-your-own-price download. You’ll be able to get it here, but in the meantime, get a taste with our exclusive stream / download of “Walking” from the album below. NONA will be opening for Tigers Jaw at the First Unitarian Church on June 21st; tickets and information can be found here.