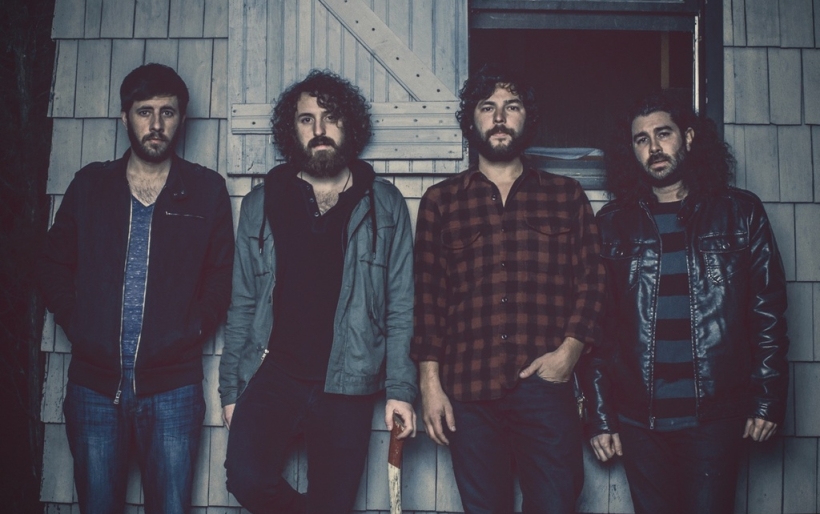 Philly roots-rock four-piece The Bailey Hounds get heavy on their latest offering, the All the Blood in the World EP, out on Bandcamp today. Singer-songwriter Ryan Petrillo discussed his fascination with the macabre and gothic Americana at length in his Key Studio Video Session interview last year, but those themes didn’t entirely come across in the band’s 2011 debut Along the Gallows. There was a lot of talking up of these elements, sure, but when you got down to what the album actually sounded like, it was pretty much a solid collection of poppy roots music where some moments (the title track) were even about love and heartbreak moreso than anything more horriffic. This new set of recordings strikes a different chord from its opening, er, chord – it’s steeped in the rumbling amps and pensive pace of Crazy Horse, and Petrillo seems to be exploring the storytelling end of his lyrics more deeply, allowing him to reach some of those dark corners that he only hinted at before. Check it out below. The band celebrates the release of All the Blood in the Worldat Johnny Brenda’s on July 13th, but you can stream the whole thing below, and buy it for download at The Bailey Hounds’ Bandcamp page.