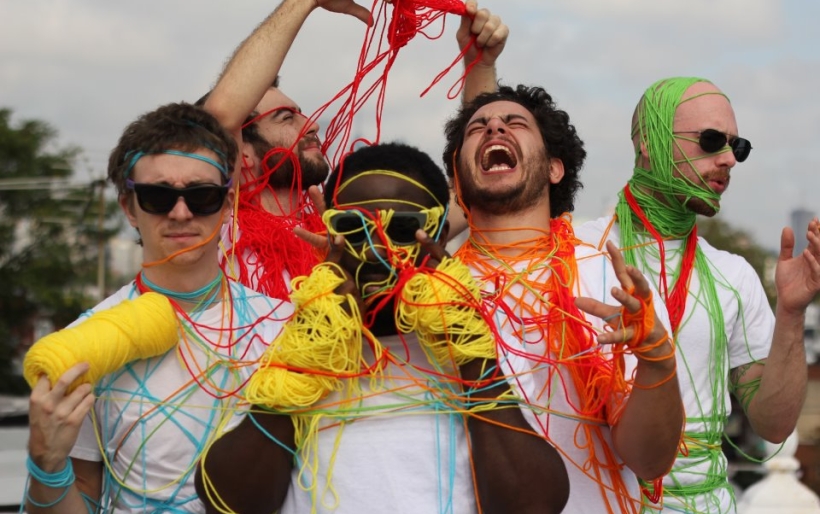 Get a sneak preview of The Extraordinaires’ new song “Stray Bullet”

Philadelphia storytellers The Extraordinaires have been out of the limelight for much of this year, playing only sporadically and keeping mostly to themselves.  But there’s good reason for the reclusiveness  –  the pop-rock outfit has been working on a fourth full-length album, which they recently reported has been recorded and mixed and is off to the renowned mastering studio of Joe LaPorta (Vampire Weekend, Neutral Milk Hotel, etc.).  Still in need of a name and a release date, the new album was recorded at Fancy Time Studio in Kensington with Kyle “Slick” Johnson and follows a pair of 2012 EP / single releases.

In their latest Kickstarter update, The Extraordinaires shared a studio video of footage from the tracking sessions set to a sneak peak of “Stray Bullet.”  The song strolls along a melodic path of jazzy trombone solos, marching snares and vaudevillian piano playing while Jay Purdy sings a narrative built around living in the city.  Watch the video below and read a brief Q&A about the record here.  While there are no set live dates for The Extraordinaires yet, it was promised in the update that the band will tour once the album is out.