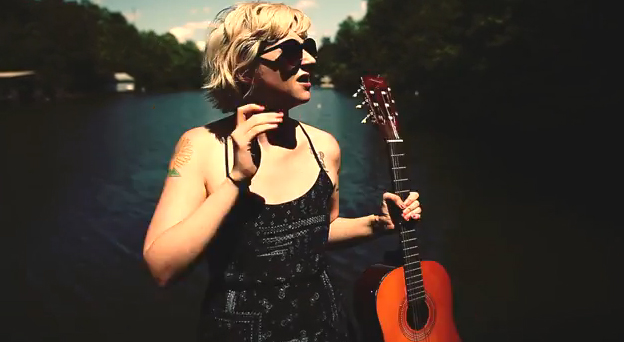 Watch: Take a swim with Waxahatchee and friends in the “Coast to Coast” video (playing Morgan’s Pier on 7/31)

The new music video for the lively and Liz Phair-esque “Coast to Coast” sees Waxahatchee returning to its namesake with some friends and videographer Ryan Russell. Filmed along Alabama’s Waxahatchee Creek earlier this year, it’s an unfussy, casual and fun visual element to the song, a dockside swimming party on a sunny day. Whether or not there will be similar cannonballs into the Delaware when Waxahatchee plays a free show at Morgan’s Pier on July 31 remains to be seen, but for now you can check out the video below. Cerulean Salt is out now on Don Giovanni Recordings.