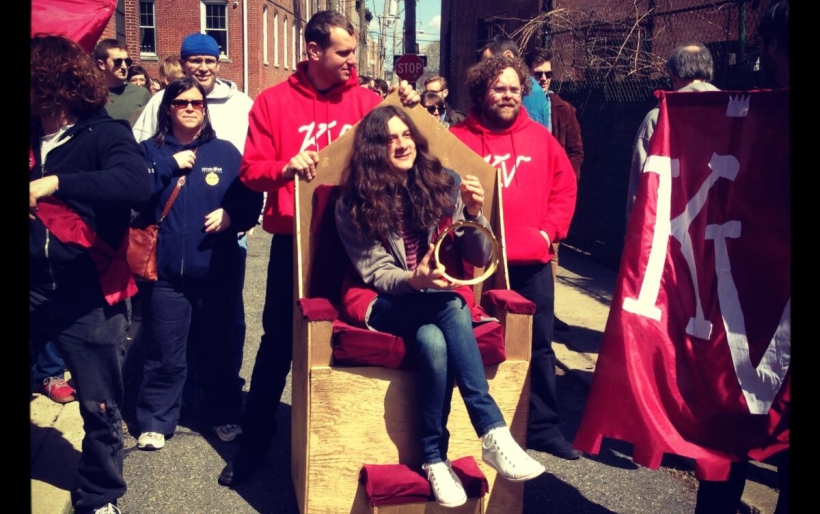 A couple months after its initial shoot, the Tom Scharpling-directed video for Kurt Vile‘s “KV Crimes” popped up on YouTube today. It’s the Kurt Vile Parade we told you about, and it’s set on the streets of Fishtown with a few local faces you might recognize cheering him on – Colin Kerrigan of Out of Town Films, Philly.com and Pitchfork; Jon Solomon of WPRB, and some others. Can you spot yourself in the mix? Check it out below and let us know. Kurt plays a solo set for the City Hall Presents concert series on August 28 – which has evidently been declared Kurt Vile Day by Mayor Michael Nutter.