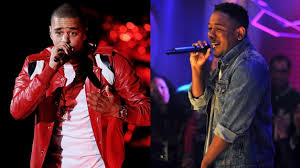 Although J.Cole’s sophomore album is set for mid-June release, a recent leak will give fans a pretty promising sneak peek of Born Sinner. Listen to “Forbidden Fruit,” a track which features Kendrick Lamar, the critically-acclaimed rapper from Compton who made a splash in 2012 with good kid, m.A.A.d city. Although his contribution is slight, it’s the perfect addition to the slower groove — which echoes none other than A Tribe Called Quest’s classic “Electric Relaxation” from Midnight Marauders.

Lamar will be performing at Budweiser’s Made in America Festival, the second annual mega-concert produced by Jay-Z. The concert will be held on the Benjamin Franklin Parkway on August 31st and September 1st.