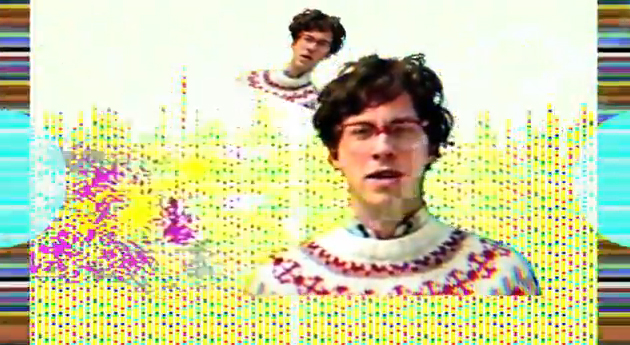 It doesn’t seem all that unusual to find Delaware’s The Spinto Band trapped in a world of 80s computer game graphics. With a herky-jerky flair reminiscent of early They Might Be Giants videos, this one for “Amy + Jen” – which premiered on Spin.com last night – sees each of the five Spintos pop on and float around a screen saturated with bright neons and strobing backdrops you might have seen coming out of a Nintendo console or flickering in an arcade 25 years ago. Watch it below; “Amy + Jen” comes from the band’s 2013 release Cool Cocoon, and next Friday it plays Firefly Festival‘s Porch Stage at 2:15; get the details here.