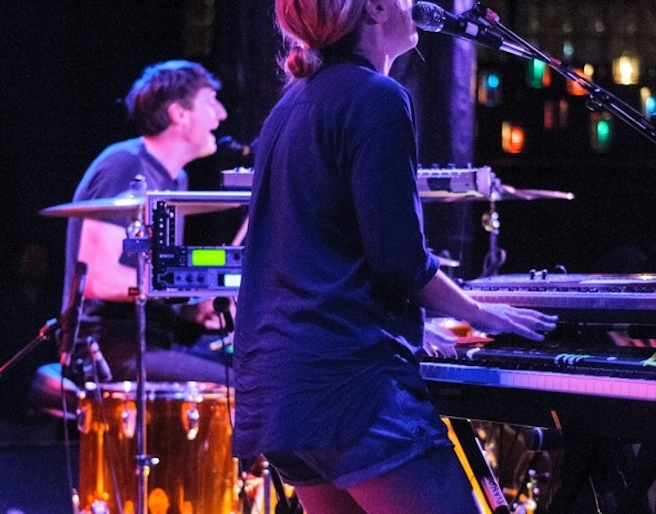 All photos by Michelle Montgomery | www.michellemontgomeryphotography.com

Still on tour in support of their 2011 release Mountaintops, Mates of State headlined Underground Arts last Thursday. Long known as a poppy indie rock duo, the band has toured as a four-piece since 2010, and backing players Kenji Shinagawa (guitar) and John Panos (trumpet, keys) fleshed out the new songs and embellished older moments dipping back to 2003’s Team Boo and beyond. On the other hand, Alec Ounsworth played an opening set of songs by his band Clap Your Hands Say Yeah, but arranged as solo synthesizer and sound-loop pieces. Check out a gallery of images from the show below. 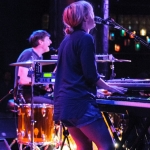