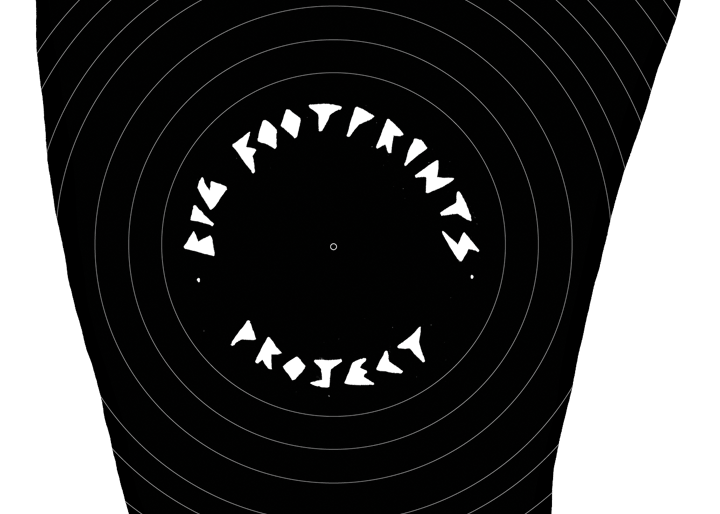 Brendan Lukens is used to watching things grow right before his eyes.

The frontman and founder of Philly local pop punk band Modern Baseball saw the group’s following and clout grow big enough to earn them a deal with Run For Cover Records in January. Just a few months later, Lukens was required to do a service project for an environmental science class. The Chestnut Hill College senior thought he could use some of the band’s recent buzz to promote selling a compilation album online to raise money for charity.

“I’ve always wanted to do something like that,” Lukens said. “It just kept getting bigger and bigger and eventually it was 75 bands. … Our original estimation for how much we would raise was $500 to $700. That’s how much we raised in the first week. We were all very surprised.”

The BIG Comp was released in April under what Lukens now calls the Big Footprints Project. It was sold for $5, and featuring bands like Balance and Composure and Into It. Over It. went on to receive more than 300 downloads and raise close to $1500. A 15-band house show in West Philly raised another $600, and the money was then donated to both The Nature Conservancy and the Red Cross following the Boston Marathon bombings.

Lukens teamed up with Philly-based alt music blog Property of Zack and local label Lame-O Records (run by Modern Baseball manager Eric Osman) to grow his project into something big and beneficial for the environment. Though he only got a C in the college class, Lukens said spreading the word about environmental issues was always about more than getting a grade.

“I personally am really interested in the idea of deforestation and reforestation,” Lukens said. “I’m really into animals, and the whole them-losing-their-habitat thing hits home for me.”

So Lukens didn’t stop working on the project when the semester ended. Earlier this month, Property of Zack announced that the Big Footprints Project would release a series of 4-way splits each month from June through August to raise money for the Boys and Girls Club of America. The first was released last week on the project’s Bandcamp page, and features new tracks from You Blew It!,Dikembe, Nai Harvest and Marietta.

“The splits are almost set up like a show in the sense that there are two really popular bands and then there are the bands that are touring that not a whole lot of people know,” Lukens said. “I think it’s really cool because so far we’ve had a lot of comments saying ‘I really like these other two bands. I’ve never heard of them.’ ”

Lukens said next month’s split will feature Harrisburg acoustic rocker Koji as the headliner. August will boast live, non-acoustic demo tracks from Pity Sex, The World is a Beautiful Place & I am No Longer Afraid to Die and Tiny Moving Parts.

“I wanted to give the bands an option because there are bands like The World Is, who aren’t really into doing acoustic demos because of how their songwriting process goes. I didn’t want to limit or cut bands because of that. … [I accepted] anything that people or fans couldn’t usually get their hands on.”

After talking to several bands featured on both The BIG Comp and the 4-ways splits, Lukens also found that he wasn’t the only punk interested in environmental issues.

“Koji, in particular, is super activist. He is a mega cool, really down to earth, extremely nice guy. He’s super into camping, as is Turnover, the pop punk band,” Lukens said. “They were both really excited to do it just because they’re really outdoorsy people and always like camping on tour.”

But every artist involved has their own reason. “The bands You Blew It! and Dikembe, they’re from Florida and they were really into it because of the Everglades,” Lukens said.

The Big Footprints Project slogan is “doing a bunch of punk things to give back to the community, weird right?” Lukens said he wanted it to highlight that people who identify as punk are usually against supporting big organizations or foundations. Put what’s made his class project turned ongoing philanthropic endeavor has been from the support of so many diverse and talented bands from Philly and across the country to prove that music is a great vehicle for cultural awareness.

“A main reason why I wanted to continue doing this was because when I go to house shows and stuff like that, sometimes people knock having to pay if there’s not a touring band,” he said. “Even though we’re a really tight-knit community, sometimes we loose our heads a little. I think this is a really good was to get us all focused on a really cool project, give back to the community and just enjoy what we all love at the same time.”