Given the sheer volume of East Coast music fans descending upon Dover International Speedway for the Firefly Festival yesterday, it seems from chatting with other concertgoers that our experience was about par for the course. A few hours stuck in traffic along Route 1 and the DuPont Highway while the strains of Dr. Dog and Ellie Goulding piped up from the festival grounds, followed by an ultimate arrival and immediate ushering into an engrossing musical environment.

North Carolinian Brooklynites The Avett Brothers had just kicked off a stellar set at the Main Stage. This is their first local-ish appearance since The Carpenter came out last summer, and it was great to hear so much of the new album live. A set highlight was easily Chad Smith of Friday headliners Red Hot Chili Peppers joining the band on drums for “Paul Newman Vs. the Demons” (watch a video here), but it all sounded great, from “Live and Die” to “Gimmieakiss.” So excited for their Mann Center show in September.

Over at the Backyard Stage, Public Enemy delivered a raging performance of most of their 25-year-old landmark album It Takes A Nation of Millions To Hold Us Back. Frontman Chuck D and hype man Flava Flav were ever charismatic, stopping the set at one point for Flav to hop behind the drumkit and play while Chuck tore up a harmonica solo. A hike across the festival grounds to the Lawn Stage and EDM kingpin Calvin Harris had a jam packed crowd swaying and dancing. Or not even dancing, so much – there wasn’t much room to move – but more of a mass of people bobbing up and down in bass-dropping musical ecstacy.

Classic Alternative headliners the Chili Peppers wrapped up the night with an impressive performance drawing mostly from the more recent end of the catalog. Guitarist Josh Klinghoffer, who joined the group before 2011’s I’m With You, is a tremendous addition to the band, since his energy matches and compliments legendary bassist Flea’s own spastic antics. It’s like having two Fleas onstage – which is great – and singer Anthony Kiedes (who TMZ addicts will note was reportedly fresh off a rumble with security in Philly) sounded energized for most of the set, or at least until his voice started to go right around “Under the Bridge.” Still, the crowd singalong vibes were amazing on that and on “Otherside”; their iconic cover of “Higher Ground” was a rager; and an extended encore jam of “Sir Psycho Sexy” was delightfully tripped out. Check out photos after the jump, and look for more tomorrow. 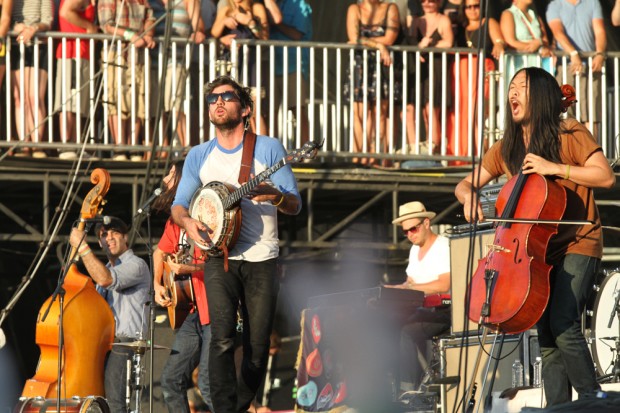 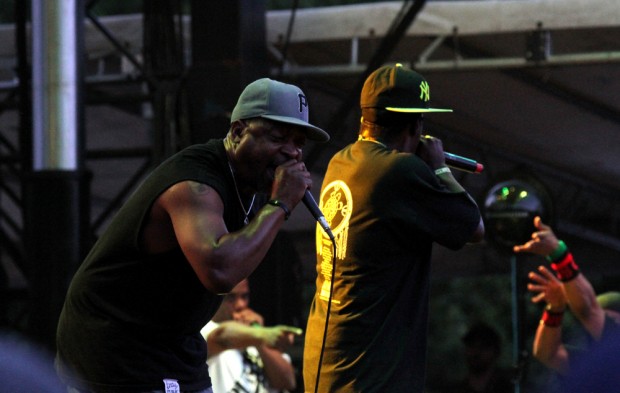 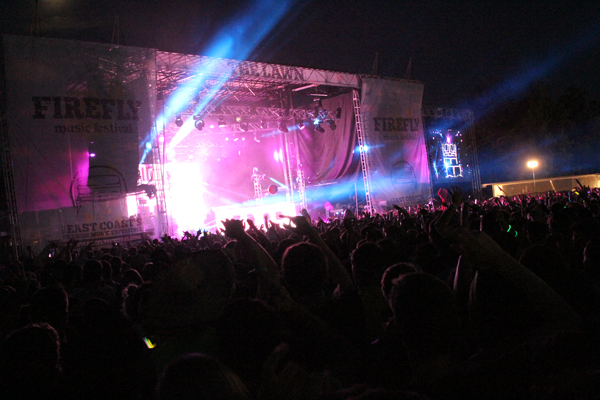 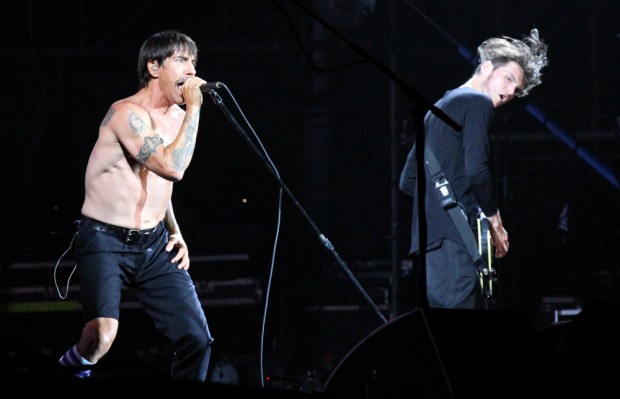 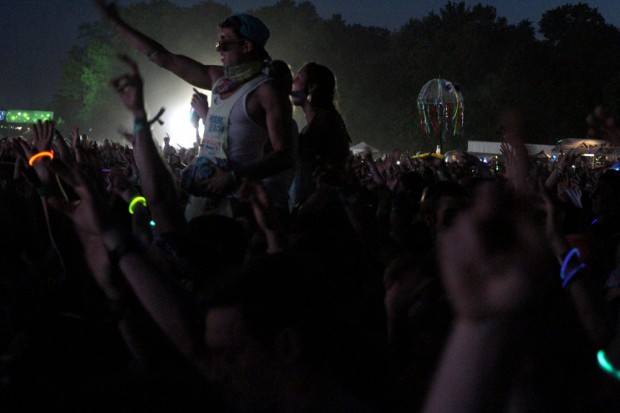 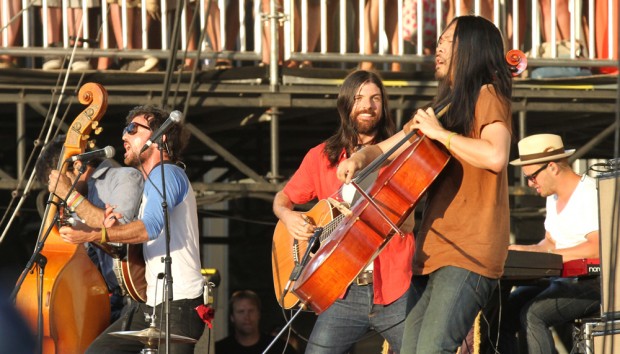 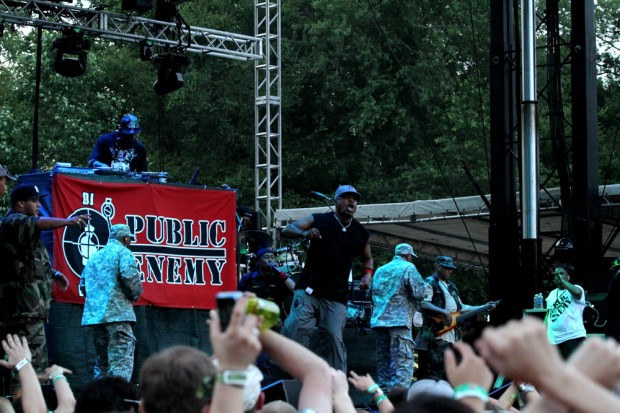 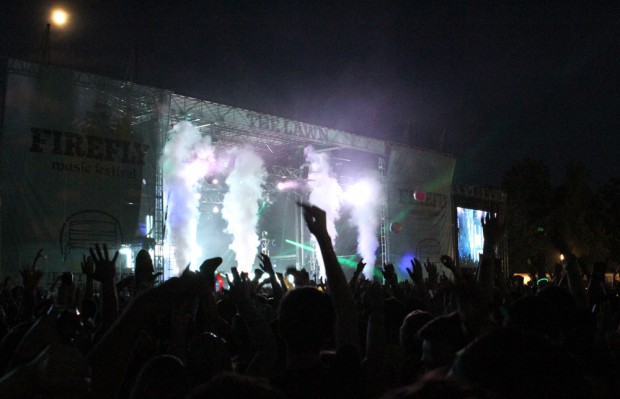 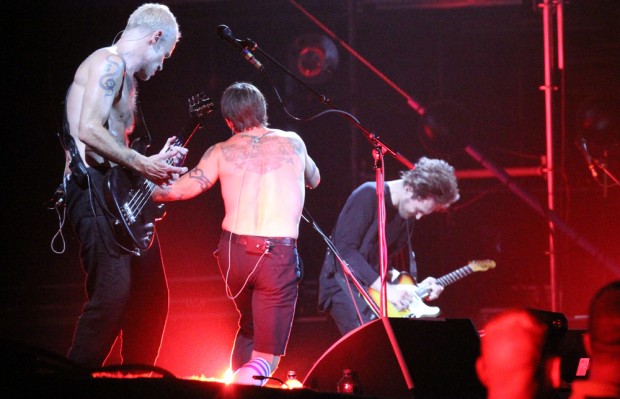 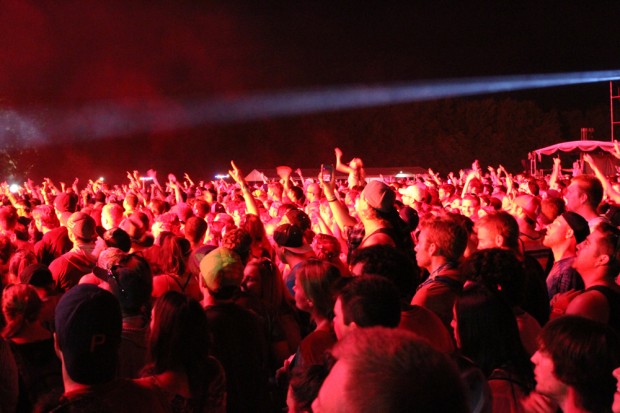