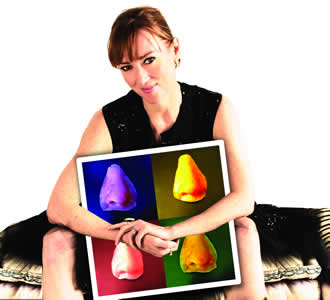 The Philadelphia Live Arts / Fringe Festival is back this year and we’re very excited about one artist in particular: Jonatha Brooke.

The amazing singer-songwriter has been around for a long time, with over ten albums to her name as a solo artist and a member of The Story. Her songs have also been featured on TV shows, films and commercials.  Now, Brooke is trying her hand at theater with the new musical My Mother Has Four Noses.  The one-woman show, making its Philadelphia debut at World Cafe Live, is about Brooke taking care of her mother while she had Alzheimer’s, and is emotional with a humorous flair. The show takes place Wednesday, September 11th at 8 p.m., and tickets go on sale June 28th. Go here for tickets and more information about the show. Below, watch a video Jonatha made to launch a PledgeMusic campaign for My Mother Has Four Noses in which Brooke explains about her mother’s “wacky, surreal story.”