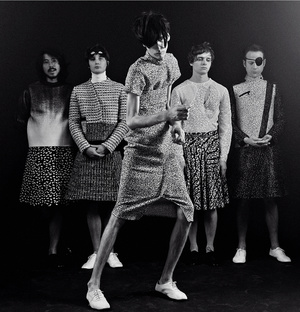 Inventive indie-rockers Deerhunter,with the help of director John Albrecht, have just released a new concert film, documenting a 2010 show they did in Lincoln, Nebraska. The film, called Sunday Redux, catches the band during their tour behind their 2010 release, Halcyon Digest. Watch the whole thing, and find the setlist of the concert, below. Deerhunter, currently on tour supporting their most recent LP, Monomania, out now via 4AD, will be stopping in Philly this fall, for a show at Union Transfer on Friday, September 20th. Tickets are on sale now, and more info can be found here.