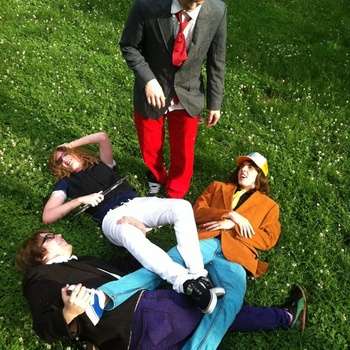 Local lo-fi pop-punk outfit Young Pilgrims have just released two singles, “All The Time” and “James Might Just Be Right” via their Bandcamp. The band has cited Weezer, Built To Spill, and The Wombats, among others, as inspiration – three very different bands, but listening to Young Pilgrims, it shows. So far this seems to be the only material released by the Abington four-piece, but it’s a promising start, and hopefully we’ll see more of them soon. Stream both tracks below.