No Age debut "I Won't Be Your Generator" in The Netherlands, gear up for August release of An Object (playing PhilaMOCA on 9/7) - WXPN 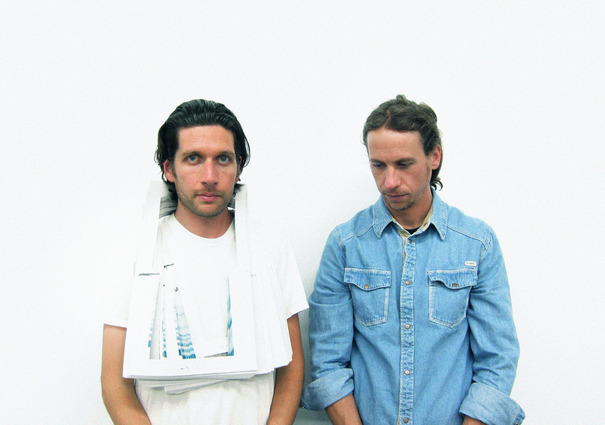 No Age debut “I Won’t Be Your Generator” in The Netherlands, gear up for August release of An Object (playing PhilaMOCA on 9/7)

Sub Pop outfit No Age is following up 2010’s critically acclaimed Everything in Between with their fourth full-length An Object, expected out on August 20th.  The experimental / art-punk duo of Randy Randall (guitarist) and Dean Allen Spunt (drummer/vocalist) sprouted from the creative soil of LA hardcore / noise rock trio Wives in 2005 and have turned their current project into an exploration of the relationship between analog and digital art.

True to the album’s name, No Age pinched and prodded the instrumentation and sound of the tracks on An Object with tangible manipulations like modified speakers and over-blown contact mics.  And eschewing the industry-standard electronic press kit, No Age’s hands-on approach extended beyond the boundaries of recording and into the packaging, marketing and promotion areas as well.  Randall and Spunt worked with designer and friend Brian Roettinger to create everything from the album art to the liner notes and crafted an object to send to labels and press outlets announcing the new record, their involvement emphasized on the lid by the tagline “manufactured by No Age.”

While on tour in Europe, No Age debuted the song “I Won’t Be Your Generator” off of An Object during their Best Kept Secret Festival set in The Netherlands; watch a live recording of the song below, backed with An Object lead track “No Ground.”  They’ll bring their new album to PhilaMOCA for a show on September 7th.  Tickets and information for the all-ages show can be found here.