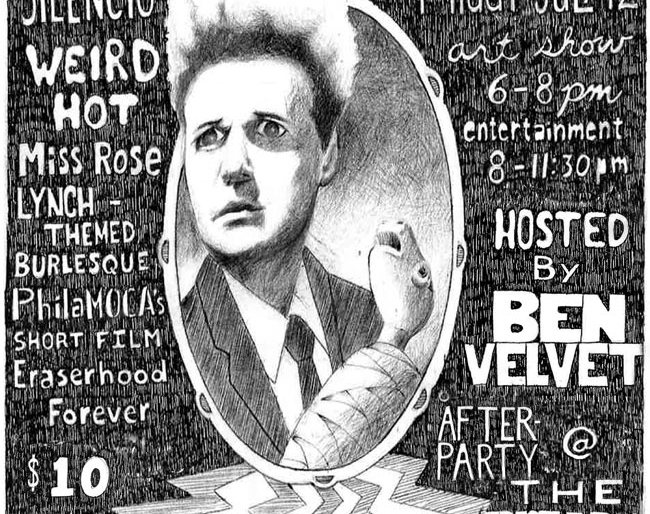 David Lynch is an incredible filmaker/TV producer/coffee brand, releasing some of the weirdest and most engrossing films of all time – from Eraserhead to Twin Peaks and Mullholland Drive.

In addition to his surreal cinematic output, Lynch has dabbled in music, adding instrumentation or lyrics to other artists’ work as well as recording his own solo projects as well as collaborations.  Next week, he’ll release his latest album, The Big Dream, but before it’s available, you can listen to it streaming on Pitchfork.  It’s a great and quirky set of blues-rock, which is just what you’d expect from Lynch.

If you like Lynch as much as me, then just listening to the album isn’t enough for you.  Well, it just so happens that PhilaMOCA is throwing its second Lynch-themed art exhibition “Eraserhead Forever (and ever)” this Friday at 6:30.  Click here for more information and check out one of the bonus tracks from The Big Dream below.