Unlocked: The Key's review of Me Moan by Daughn Gibson - WXPN | Vinyl At Heart 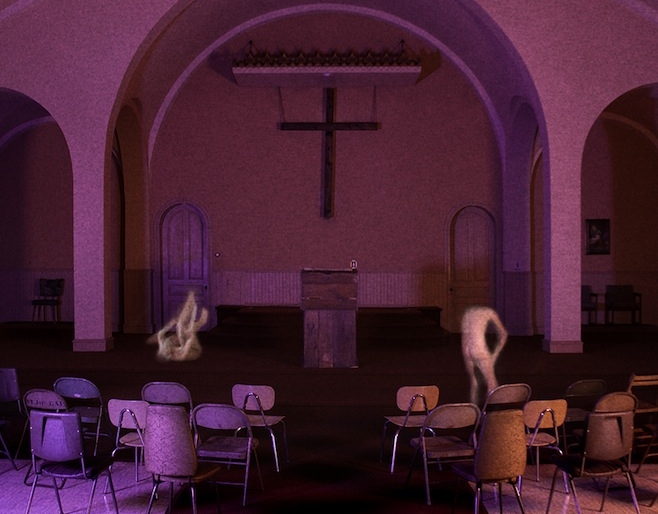 Unlocked: The Key’s review of Me Moan by Daughn Gibson

Central Pa.-based singer and songwriter Daughn Gibson caught the ears of a lot of unexpected folks, from Pitchfork to Sub Pop, on his 2012 release All Hell. The record was an alluring collection of home-made sonic tapestries; electronic beats, glitchy synthesizer cut-ups, a freewheeling attitude and a subtle accent. The recordings – which the former drummer with prog-metal kingpins Pearls and Brass made simply for kicks – were so impressive that Pissed Jeans frontman Matt Korvette (Gibson’s longtime friend) issued them on his own White Denim label. People tried to make sense of the music in the context of what was happening musically in 2011 / 2012 – James Blake was a frequent comparison point alongside Johnny Cash – but it was generally and enthusiastically embraced, and Gibson subsequently inked a deal to release his next album on Sub Pop Records.

Now the Carlisle-based songwriter means business. Unlike that last record – which, even with its mysterious textures and evocative tones, felt like an informal outing – the new Me Moan was recorded with a sense of purpose, and it sounds like it. It opens in a dust bowl stampede with the kick drum pulse and spaghetti western guitar of “The Sound of Law.” From there, it follows a cinematic arc, bringing things downtempo on “The Pisgee Nest,” grooving like a David Lynch set piece with an eerie sound of running water in the backdrop. It dips even further into the ominous on “You Don’t Fade,” mixing in a rattling guitar and an unearthy blend of vocal samples.

Gibson’s own vocals also feel more consciously twangy. This is an odd thing to say – on All Hell, you can hear during spoken interludes and other points that a country drawl is a natural-ish part of his voice. But the singing on that album is more akin to the vocals play out in arty ensembles like Lambchop, Tindersticks and Nick Cave & The Bad Seeds; it was hushed and restrained, almost as if Gibson was trying to repress an accent. On Me Moan, not only does he embrace the accent, he pushes it almost to the point of caricature.

This could be the trickiest point about the album. Are you, dear listener, up for taking a ride with a good ol’ boy from a Warner Brothers cartoon as he leads you through electronic beats and abstract sound collages with a pedal steel trailing along aside him? Country is such a divided and segregated genre, unfairly so; punk bands from a certain area of the country get prefixed with the label “southern,” crossover between the country and pop worlds is the holy grail of music marketing, even artists of the new folk movement have been known to balk at sounding “too country” – which is ridiculous in itself, since the songs are structured and arranged in a more or less similar fashion, rooted similar instrumentation and traditions. But I digress.

In his own way on Me Moan, Gibson proclaims this divide a farce. It’s both a wildly experimental record, mixing abstract sounds and dissonant samples to convey nervous tension, and a pure country record, rip-roaring and howling at the moon. You hear it on the stomping “Kissin’ on the Blacktop” – that’s a straight up country rocker that hammers away to the sampled percussive pulse of steel machinery. Industrial-Americana? Al Jourgenson would approve. But even that is hyphenated, and thus not a fair description.

With Me Moan, Daughn Gibson reimagines how Americans could (and should) hear their music. And just as significantly, he challenges the way the music world views Americana – not as a style to be othered, or worked in only to trendy affect, but one that can compliment any corner of the music space if we allow it to.

Me Moan is the featured album in this week’s edition of Unlocked. Download “The Sound of Law,” the album’s highlighted single, in yesterday’s post, and check back for an interview with Gibson, plus more later in the week.