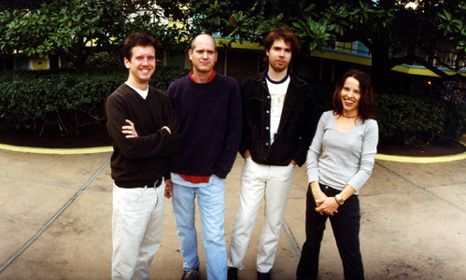 Superchunk were indie before it was even a thing.  Preferring to stay DIY even when their growing popularity in the 90s garnered attention from major record labels, Superchunk have been doing things their own way, releasing hard-hitting and incredibly catchy rock on their own for over 20 years.

On August 20th, the group is set to release their latest album I Hate Music, which according to the band is all about love.  The second single the group’s released from the album, “Me & You & Jackie Mittoo” sounds like a trip to the past bringing back some combination of power-pop, Rick Springfield-esque riffs and 90s alt-rock in one swift under-two-minutes-song.  Check it out below and catch Superchunk when they come to Philly this September at Union Transfer.